Legal practitioner, Francis Xavier Sosu, says he will file a medical malpractice lawsuit against St. Dominic Hospital at Akwatia in the Eastern Region to seek damages over the injury of a year old baby.

The right hand of the baby is rotting as a result of alleged clinical negligence.

The baby boy, a twin, was admitted to the facility on November 31, last year, for treatment of a childhood hernia.

However, according to the nursing mother, a poorly inserted cannula by a clinician at the hospital led to swelling of the hand of the baby.

The condition worsened within a few days at the hospital but urgent attention was not paid to the baby.

The baby was, however, discharged on December 31, without the intended surgery performed or treatment of the cannula infection which led to an abscess of the hand.

Dagadu Lydia, mother of the twins, said she went back to the hospital to complain about the worsening condition of the baby but management refused to hear her.

“They are twins. The elder twin is the one they have damaged the hand. I went to the hospital with the baby on November 31, and on December 4, a Doctor was trying to set the line for the cannula but was struggling to get the vein so he asked for help from another Doctor. The next day my baby’s hand was swollen,” she alleged.

Last week, she mobilised her family members about nine of them, accompanied by a journalist and stormed the hospital to meet Management of the facility but the administrator of St. Dominic Hospital, Rev. Fr Kenneth Abban yelled at the journalist to go out.

The journalist recused himself after 30 minutes standoff.

The meeting, however, ended inconclusively as Management failed to admit medical negligence on their part.

When contacted, Rev. Fr Kenneth Abban, the Administrator in Charge of St. Dominic Hospital, said the injury of the baby was caused by a Juju man they sent the baby to.

“They sent the baby to a Juju man and that is the cause. They came to even apologise to us, ask her Uncle,” Rev. Fr. Abbanh said.

However, in swift rebuttal, the nursing mother described Rev. Fr Abban as a liar who is being disingenuous.

According to her, the condition of the boy occurred at the hospital and after a month of no treatment at the facility, they invited a herbalist to assess the condition while at home after discharge.

She, however, said the herbalist refused to attend to the baby because he said it was beyond his capacity.

Speaking on Accra-based Kingdom FM, the Human Rights lawyer, who is also a Member of Parliament for Madina, said his law firm and the family of the victim were in discussion to initiate legal action against the hospital.

“Under these circumstances, the facility was negligent in their work. This is a typical case of medical negligence in which the hospital must be sued for damages to compensate the baby and mother. With this condition, managing it with the rest of the life of the child is not easy. It is traumatising.

“It can affect his education. Even if he wants to do further surgery it will involve money so compensation would help relieve the burden. So when we meet the family, we will assess the condition and look at the remedies available,” he said. 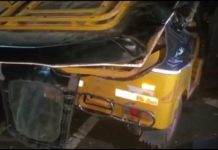 One in critical condition as trailer crashes ‘pragya’ [Video+Photos] 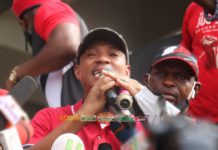 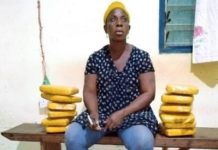