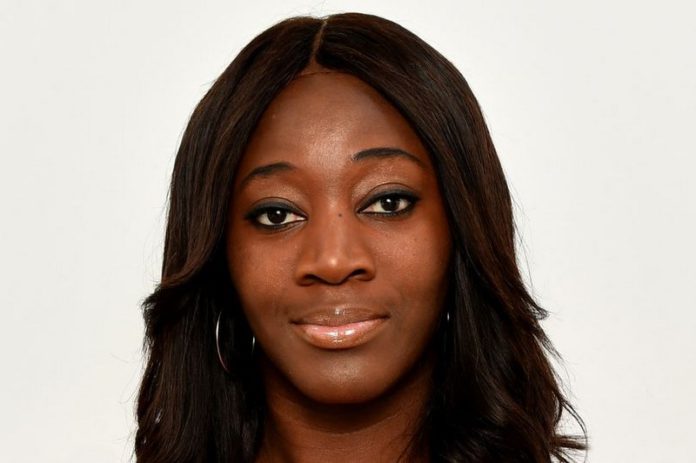 Why in Britain, in 2020, are black people still marching against racism and injustice?

In a hard-hitting series, launching today on Windrush Day – the 72nd anniversary of the Empire Windrush arriving at Tilbury – we’ll look at issues affecting black British lives and why they matter.

We start with health. I was honoured to play a role in commissioning a brilliant group of writers who are telling stories long overdue.

I hope you read them in the spirit they are written in – a desire to deepen understanding of the issues and create a fairer society, where people are no longer judged by the colour of their skin, but by the content of their character.

For 25 years it has worked to help patients with blood cancer and other illnesses to find stem cell, blood or organ donors, as there is an extreme shortage in the black community.

ACLT was founded in 1996 after the couple’s then six-year-old son Daniel De-Gale became the first black person in the UK to receive a stem cell transplant from an unrelated donor.

Daniel unfortunately passed away in 2008 at the age of 21 as a result of multiple organ failure.

Orin says: “There is a pandemic virus called racism that is affecting all sectors of society, including health.

“The Royal College of Nursing came out last week to admit they’ve got a big problem with how black and other nurses from ethnic minorities are treated.

“And we see it because our struggle to fund our work to save lives shouldn’t be this hard after nearly 25 years.”

Episodes of excruciating pain may occur, which are treated with strong painkillers such as morphine.

Those suffering from the condition are at risk of complications such as a stroke, blindness and bone damage.

The disease can also result in death if not treated properly.

Approximately 350 babies are born with SCD in the UK every year but problems of lack of awareness and funding remain.

John James OBE, CEO of Britain’s leading sickle cell charity The Sickle Cell Society, says: “Sickle Cell is something that has been known about for over 100 years but there has been very limited innovation research and development into modifying treatment. Why is that?

“Some people would ask: ‘If this was the biggest blood condition in the UK but it was affecting predominantly white people, would it still be the same?’”

Dame Elizabeth Anionwu, who won a Lifetime Achievement Award at the Daily Mirror’s Pride of Britain Awards for transforming care for people with sickle cell disease, agrees that patients can face undue prejudice.

She says: “There is still an issue about pain relief.

“There are still some individuals of African or Caribbean heritage, who are patients, but are thought of as drug addicts because they need drugs like morphine.”

As a black person in the UK, you are four times more likely to be detained under the Mental Health Act than a white person, according to data collected from NHS Digital.

Figures have shown black men are 17 times more likely to have serious mental health issues such as bipolar disorder and schizophrenia, yet only 6% of psychologists are from BAME backgrounds.

An independent report conducted by the Centre for Mental Health noted that experiences of racism “appear to be a major influence on the mental health of black boys and young men that wear down their resilience during teenage and young adult years”.

The study, which spoke to just under 500 participants, “found evidence of the incrementally damaging impact of a stream of negative media representations and demonising portrayals of black culture that led men to ‘mask’ their true selves”.

Eche Egbuonu’s first experience with mental health issues was during his final year of university.

The college lecturer, 29, from Hackney, East London, said: “There was an identity crisis I went through, where I was surrounded by lots of people but I still felt at my loneliest.”

In 2015, he suffered a psychotic episode of mania after having a dispute with his family.

The police were called to the home and he was taken to a cell while a bed was prepared for him at a hospital.

He says: “Some of the ways they got me into the cell seemed very heavy-handed given the fact that I had not been violent towards the officers or any other individual.

“So I could not understand that level of force or the need to place me in a prison cell.”

Black women in the UK are five times more likely than white women to die during childbirth according to a 2018 report from Mothers and Babies Reducing Risk Through Audits and Confidential Enquiries.

Candice Brathwaite, blogger and author of best-selling book I Am Not Your Baby Mother, understands this only too well after her own experience seven years ago of giving birth to her first child, daughter Esmé-Olivia.

The 32 year-old says: “From beginning to end it was a mess. I was induced and left to wait hours for pain medicine while I was surrounded by labouring white women who seemed to be covered in this maternal care. It really felt like I was an annoyance.”

She says: “Their attitude was very much ‘you are overthinking it’ and ‘you are just having baby blues’.”

But just two days after going home, baby Esmé fell asleep on Candice’s chest and the weight of her tiny body was enough to burst a septic sac growing underneath Candice’s C- section wound.

She was rushed back to hospital, going into septic shock and spent five weeks in intensive care.

She says: “As years went on and I made more friends, specifically black mummy friends, all of our birth stories were borderline traumatic.

“While the white women I knew, their births were borderline holistic. So I thought: ‘I know there’s something fishy here’”.138208672551

US studies on maternal health in black women unearthed stereotypes such as “the strong black women” and a belief black people don’t experience pain in the same way as white people.

In 2016, a study by researchers at the University of Virginia investigating why African-American patients receive insufficient treatment for pain, found white medical students and staff often believed “fantastical” falsehoods such as black people having less-sensitive nerve endings and black skin being thicker than white skin.

Candice adds: “Since slavery the falsehood that black women can endure more pain than any other woman is a rhetoric which has been sold tirelessly.”