Four persons have been granted a GH¢50,000.00 bail with two sureties each for allegedly stealing 40 pieces of tyres valued at GH¢50,000.00 belonging to the Power Distribution Services (PDS).

John Kofi Arhin, alias Nana Bronya, 49, driver, Ernest Adjeti, 32, storekeeper and Salifu Gariba, alias Abonssu, 43, vulganiser, all employees of PDS have pleaded not guilty to the charge of conspiracy to steal and stealing.

A fourth person, Francis Amewugah, a private vulganiser, 28, was charged for abetment of crime and dishonestly receiving and he pleaded not guilty to both counts.

They will make their next appearance on November 7.

Police Chief Inspector Gulliver Kwabena Tenkorang told the Court presided over by Mrs Ruby Nash Aryeetey that Arhin works with the Tema branch of the institution, whilst Adjeti and Gariba are stationed at the Legon branch.

Chief Inspector Tenkorang said on August 20, this year, at about 6am the Adenta Police had a tip-off that the ECG’s vehicle number GV 2411 was seen off-loading brand new tyres at the vulganiser’s workshop.

The Prosecution said he then mentioned the others are those who brought them. Investigations revealed that on August 19, Arhin, Adjeti and Gariba planned to steal the tyres from the PDS’ stores.

Chief Inspector Tenkorang said as part of the plan, Arhin used the late hour as an excuse to keep the tyres overnight at Teshie.

Gariba, he said, who was directed by Adjeti as to how the plan would be carried out asked Arhin to off-load the 40 pieces of tyres at Amewugah’s shop, adding that the latter knew about the whole plan.

The Prosecution said on August 20, at about 5am, Arhin drove the car from Teshie through Lekma Hospital area to Flower Pot, then to PDS’ office at Legon, where the tyres were to be taken.

He said Arhin drove to Amewugah’s workshop and offloaded the 40 tyres out of the 90 pieces he was supposed to send to the Legon office.

The three were also arrested and during investigations, they all admitted to the various offences and were arraigned. 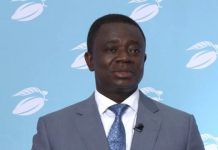 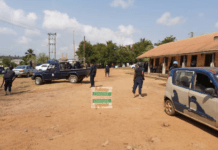 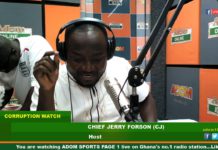 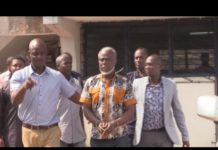