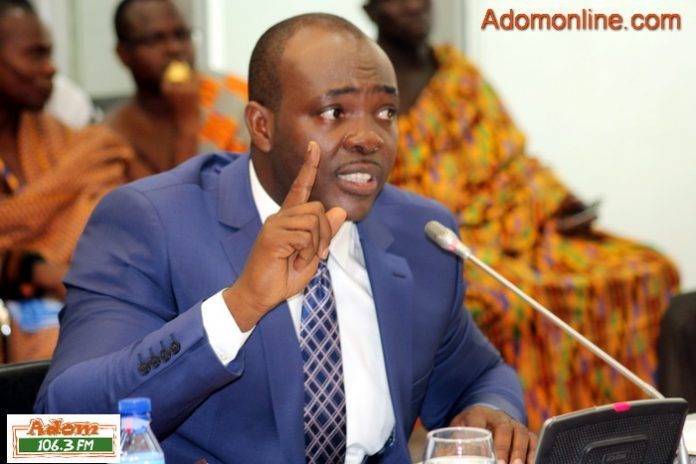 Mr. Isaac Kwame Asiamah, Minister of Youth and Sports, has called on football
fans to act maturely at the various stadia to avert any unfortunate incident that
can plunder the nation into mourning.

According to him,
football was to be enjoyed and not to create an atmosphere of hooliganism and
vandalism, that caused the May 9 disaster in 2001, which saw about 127 fans
losing their lives at the Accra Sports Stadium in a football match between
arch-rivals Accra Hearts of Oak and Kumasi Asante Kotoko.

Mr. Asiamah made
this known in Accra on Thursday, May 9, during the commemoration of the 18th
anniversary since the disaster, at the Accra Sports Stadium.

“Eighteen (18) years
is a maturity year, let us be mature in our actions at our stadia and comport
ourselves well to avert any havoc or disaster,” he added.

He noted that the
Ministry was liaising with the right bodies and authorities to apply the right
sanctions to persons or people who perpetrate crime at the various stadia.

“Football is a
universal language and has the tendency of bringing people together, it is a
game to be enjoyed and played in harmony, not in violence.

“We still have
people who are bent on destroying the game that can bring development to the
nation and we are liaising with the right and appropriate bodies to give out
punishment to people who cause troubles at any stadia when caught.

This year’s commemoration started with a demonstration by the National Ambulance Service on how to save victims in a stampede or recovery of a collapsed victim, before a wreath laying by the Sports Minister and also from representatives of Hearts of Oak and Kumasi Asante kotoko as well as family members of victims of the disaster.