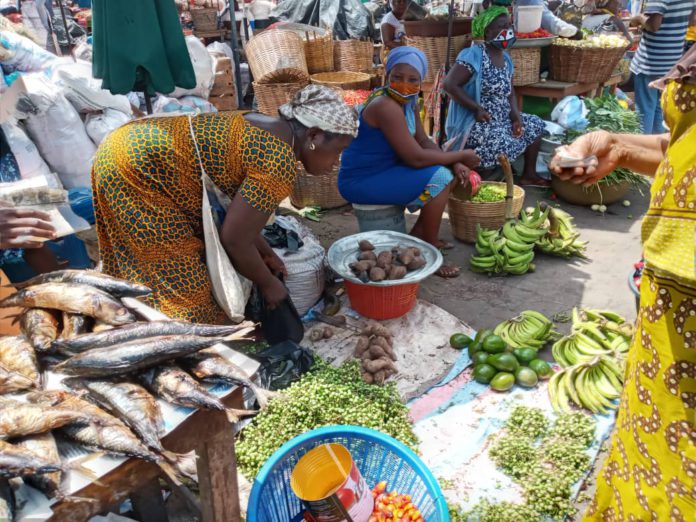 Food prices will be “fairly stable” in the first quarter of 2022, commodity analyst, Esoko Ghana, has projected.

The data collection institution said its assessment in some major markets across the country indicates that the volumes of food items on the markets would be maintained throughout the first quarter of the year.

In an interview with the Ghana News Agency, Mr Francis Danso Adjei, Content Manager, Esoko, however, indicated that food prices may see an upward adjustment if transport fares went up.

“We are expecting that prices will be fairly stable, but we will have occasional shocks either upwards or commodity prices dropping, but we expect it to be fairly stable over the first quarter of the year.

“We are expecting that volumes on the various markets would be maintained. We are not anticipating any drastic change in volumes,” he said.

He said the COVID-19 pandemic disrupted the input value chain, labour, and access to market and finances, leading to hike in food prices in certain times of the year.

He said the shocks experienced last year emerged from the poultry sector due to shortages in raw materials such as poultry feed in the country.

“We are not expecting to have any shocks coming from the poultry sector in the first quarter of the year,” he said.

Mr Adjei urged the government to put measures in place to control post-harvest losses to stabilize food prices throughout the year.

“We need to begin to look at how we handle our post-harvests. If we produce 100 metric tonnes and we lose one-third of it before it gets to the market, it means that we are losing a lot to how we handle our commodity after harvesting,” he said.

Some stakeholders in the agriculture production chain last year expressed worry over what they described as a scarcity of some essential farm inputs such as fertilisers, which affected their productivity.

The National Seed Trading Association of Ghana had warned that the country could face food crisis this year if the challenges they faced due to scarcity of agricultural materials were not resolved.

In August last year, the government released GH¢260.4 million to settle the Ministry of Food and Agriculture’s (MoFA’s) indebtedness to 71 fertiliser companies to bolster its flagship Planting for Food and Jobs (PFJ) programme.

The release of the funds formed part of MoFA’s efforts to address the shortage of subsidized fertilizer that faced smallholder farmers in the country last year.