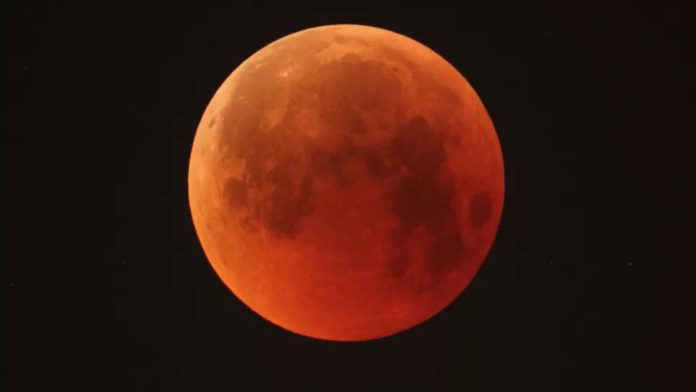 The Moon is set to pass through the shadow of the Earth today (May 15) to create an overnight total lunar eclipse.

It is set to be the first Blood Moon of 2022 – which is when the Moon turns red thanks to the light being filtered through the Earth’s atmosphere.

Eclipse scientist Fred Espenak has given the moon of the night of May 15 the title of Super Moon.

This is the name usually given to the point when the Moon is the closest to Earth that it will be that month. This means the moon of May 15 is actually going to be a Super Blood Moon eclipse.

This triple whammy of incredible lunar events should make for some spectacular viewing and will be well worth trying to get a glimpse of it if you can.

When is the total lunar eclipse?

According to Time and Date, the partial stage of the eclipse will begin at 3:27am on May 16, with the full eclipse happening just over an hour later at 4:29am.

The red hue of the Blood Moon is expected to be visible from around 4:11am.

The point of maximum eclipse is then due to take place around 40 minutes later at 5:11am.

The rare event is expected to end at 5:53am, so it’s likely going to be a long night of being up and awake for those devoted to watching the events through.

If you’re in London though, we have some bad news, because the point of the maximum eclipse is going to take place at a time when the Moon has dipped below the horizon.

Don’t fret though, because much of the run-up and the full eclipse stage should be visible – weather permitting – and there are other options available to you as well.