A Girls’ dormitory in the Buipe Senior High School (SHS) in the Northern region was engulfed by fire Monday morning.

The fire is said to have started in the early hours of Monday as some of the students noticed smoke coming out of one of the dormitories.

Community members, realising what was happening, came to the aid of the school in putting out the fire in the absence of the Buipe Fire tender.

According to Adom News‘ correspondent, Rebecca Natomah, some students sustained injuries in an attempt to put out the fire.

The fire after razing a few dormitories was doused with assistance from the Damongo fire tender. It is, however, unclear what might have triggered the fire.

The Alema and Halm Addo halls of the Accra Academy Senior High School were also engulfed in flames some few weeks ago. 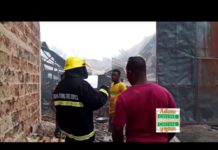 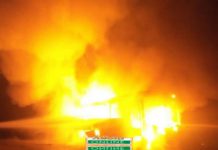 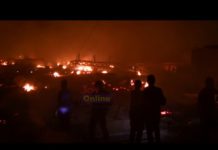