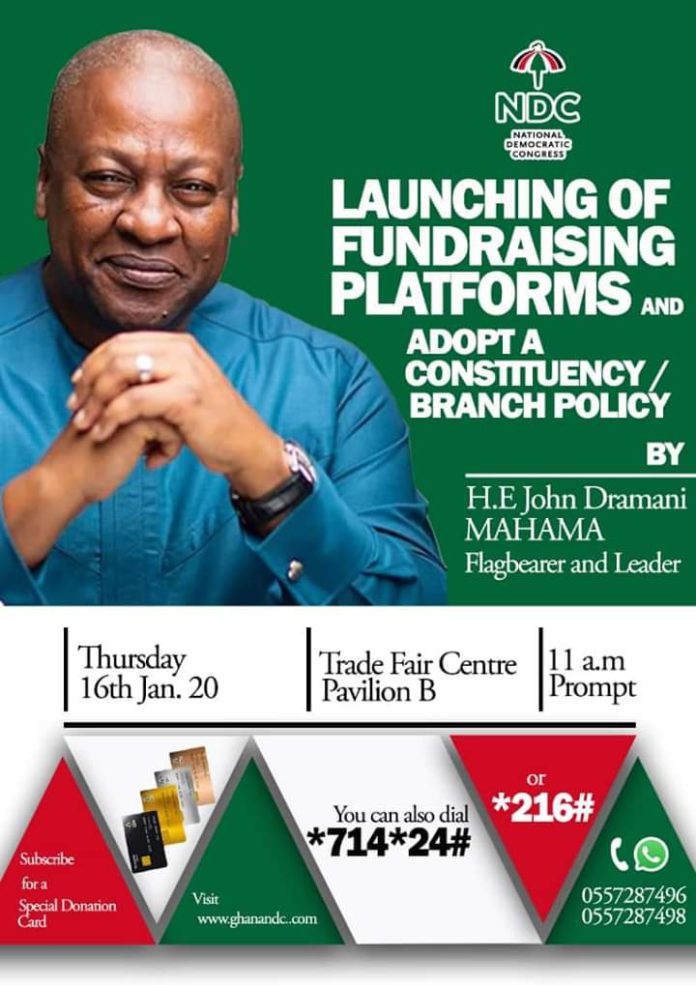 The National Democratic Congress (NDC) has officially launched a number of fundraising platforms that will facilitate the mobilisation of resources towards the party’s 2020 campaign.

The launch was spearheaded by the party’s flagbearer and leader, John Dramani Mahama.

An application, NDC GHANA and a website, www.ghanandc.com, which can be downloaded from Google Playstore or Appstore, were also unveiled at the short launch.

Short codes, *216# or *714*24# which were unveiled at the ceremony would also be used for special contributions with the use of Mobile Money to collect dues from members.

Speaking at the launch on Thursday at the Ghana International Trade Fair Centre, the National Chairman of the NDC, Samuel Ofosu Ampofo said the party had a target of raising over GHc500,000 through its launch and campaign platforms to support Mr John Mahama’s presidential bid.

Mr Johnson Asiedu Nketia, the General Secretary of the NDC also called on all and sundry to support the party with its initiative.