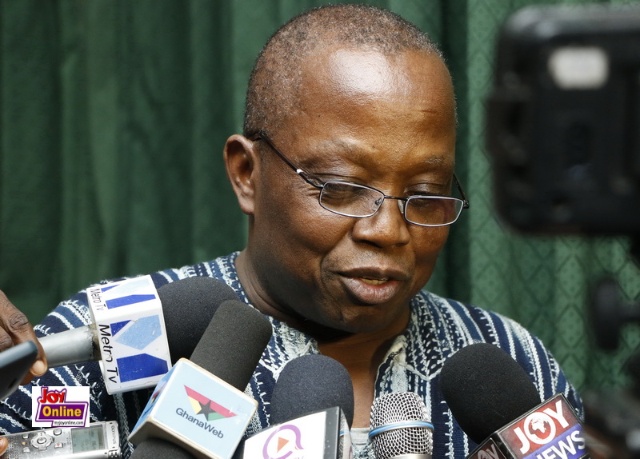 The former Chief Executive of Techiman Municipal Assembly, Mr Oppong Amponsah and a former of Coordinating Director, Mr I K Acheampong, are to be surcharged over a missing farm tractor.

According to the 2017 Auditor-General’s report which is in the possession of Adom FM’s Dwaso team, management at the Assembly, on 28 August 2015, hired one Farm tractor with registration number GE 2025X to Mr Joseph Osei Boateng of Aworawa, Techiman for a monthly fee of GH¢500.00.

However, the report said as, at December 2017, the tractor could neither be traced by Management nor were any proceeds received from Mr Boateng.

When quizzed on the matter, Management’s response to auditors’ observation on the missing tractor indicated that no action was taken to trace the tractor.

“We, therefore, recommended that management should report the matter to the Police for further investigation and recovery of the Tractor together with proceeds accrued therefrom,” the report said.

The Auditor-General, therefore, recommended that Mr Oppong Amponsah and Mr I K Acheampong should be surcharged if the Tractor could not be traced.

We noted that the Dormaa Central Municipal Assembly paid a
judgment debt of GH¢245,024.73 to Messrs Sargents Venture Ltd,
Sunyani.

We noted that though the Assembly had a contract agreement with the contractor, he was supposed to construct the ground floor of the market store at the Tuesday market in Dormaa Ahenkro.

The Contractor, after constructing the ground floor, proceeded to erect pillars for the construction of the first floor.

The Assembly did not take any action to stop the Contractor from erecting the pillars only to raise issues when the contractor presented his interim certificate for payment to be made.

The Assembly’s refusal
to settle the debt made the contractor to sue
the Assembly at the Commercial Division of the Sunyani High Court and was awarded
a judgment debt of GH¢245,024.73.
The Assembly failed to produce the contract
document for our review.

The anomaly resulted in the Assembly losing funds earmarked for other developmental projects n 2017.

We recommended a refund of the amount of GH¢245,024.73 jointly from the former Chief Executive, Gordon Asubonteng, Planning Officer, Francis Adu Boateng, and Works Engineer, Seth Acheampong since the payment was occasioned by their inaction.

We attributed the lapse to chieftaincy disputes, lack of
stakeholder engagement, non-provision
of utilities and other facilities
and non-commissioning of the projects for use by the beneficiary
agencies and communities.

We recommended that the Assemblies should properly plan the execution of projects to ensure the inclusion of required facilities in the award of contracts. Meanwhile, steps should be taken to prioritise the Assemblies resources to provide the needed facilities for the projects to be put to use by the intended beneficiary agencies and communities.

We, however, noted during our review of projects that, 13 Assemblies as listed below expended a total amount of GH¢8,124,887.02 on 61projects which were at various stages of completion but were abandoned and new projects awarded.