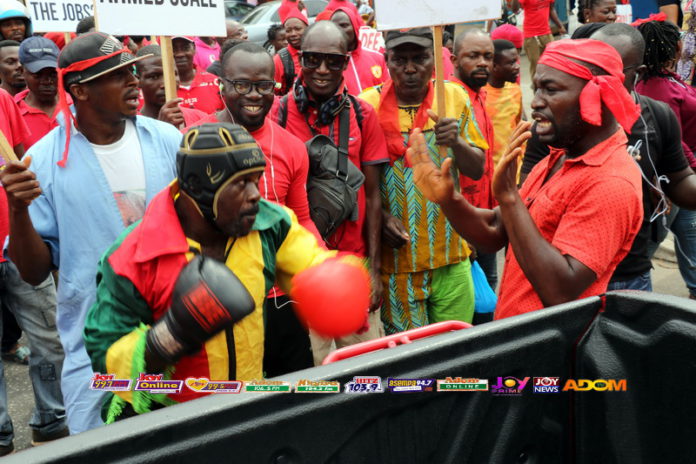 A number of political heavyweights have joined the ongoing ‘Kum y3n pr3ko’ demonstration which is currently ongoing in Accra.

The demonstration, which is being organised under the auspices of the Coalition for Social Justice, has known political actors such as parliamentarians, opposition party leaders and some ordinary Ghanaian citizens.

The demonstration, according to organisers, is to draw the government’s attention to the increasing levels of economic hardship and oppression under the leadership of President Nana Akufo-Addo.

“Ever since President Akufo-Addo ascended the Presidency, he and his government have pursued policies that have left many [Ghanaians] worse off and increasingly vulnerable,” a statement announcing the demonstration has said.

Below are exclusive photos of some of the demonstrators: