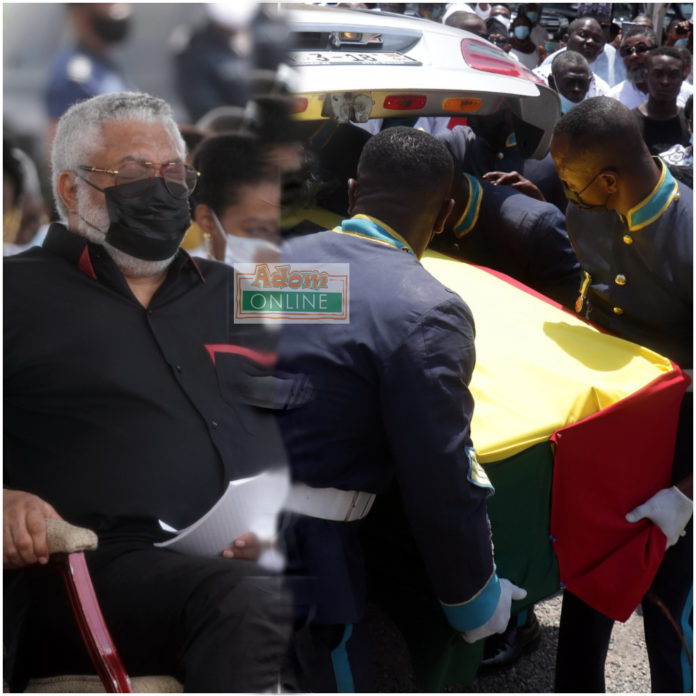 Ex-president Jerry John Rawlings sobbed as he paid his last respect to his mother, Madam Victoria Agbotui, at a solemn ceremony that took place on October 24, at the Forecourt of the State House in Accra.

President Nana Addo Dankwa Akufo-Addo and his wife Rebecca Akufo-Addo, Vice President Mahamadu Bawumia, and several other dignitaries among other high profile personalities and delegates thronged the forecourt to bid Madam Agbotui farewell in her afterlife.

Below are some exclusive photos taken by Adomonline.com’s Gershon Mortey at the event:

ALSO READ: I will use my gods to become first Rastaman in parliament…