A man, who raised £36,000 for a young Germany fan who was filmed crying at a Euro 2020 match, says the money will go to charity after her family was found.

Joel Hughes of Caerleon, Newport, launched a fundraiser to “show her not everyone in the UK is horrible.”

Some England fans made abusive comments about her after she was pictured crying during Germany’s 2-0 defeat at Wembley.

In a statement on the fundraising page, the girl’s family said they wanted the money to be donated to Unicef.

The statement said: “In the interests of our daughter and our family we would like to remain private, however, we wish to thank everyone for your amazing support.

“Our daughter would like to request your generous donations go to Unicef, knowing that your kindness will do good.”

Mr Hughes, 51, said on the page he was “beyond grateful” to the supporters of the campaign.

When setting up the appeal last week, he said he set up the fundraiser after seeing “vile abuse of the images of the little girl” online.

The initial target of the appeal was £500, with Mr Hughes saying he wanted to buy a “nice treat” for the girl.

The second semi-final game between England and Denmark will be aired on Adom TV with radio commentary on Adom FM, Asempa FM and Adom FM. 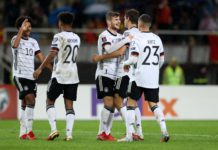 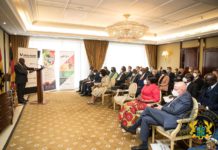