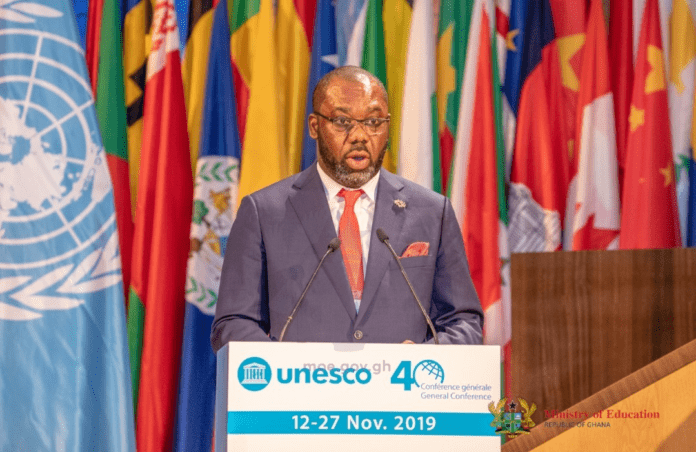 The Minister for Energy, Dr Matthew Opoku Prempeh has been invited by the UN Sustainable Development Solutions Network (SDSN) to serve on its Mission 4.7 High-Level Advisory Group as an Honourary and Meritorious Member.

In the letter of invitation dated 23 June 2021 and co-signed by Dr Jeffrey D. Sachs, President of the SDSN, and Ms Stefania Gianini, Assistant Secretary-General of UNESCO, it said the Mission 4.7 High-Level Advisory Group is a new global initiative to put into practice the bold vision articulated by the Sustainable Development Goals (SDGs) on education and Target 4.7.

“This invitation is only extended to those who have extraordinarily to supporting target 4.7 and quality education globally. This membership enables you to still continue your engagement with Mission 4.7 as the new Minister of Energy for Ghana”, the letter continued. The letter concludes by thanking Dr Prempeh for his continued and remarkable leadership in education.

Dr Prempeh, who is also popularly known as ‘NAPO’, served as the Minister for Education from 2017 to 2021 and was responsible for driving the NPP government’s flagship education policy, the Free SHS programme, which saw the student population of the country’s Senior High Schools jump from 800,000 in 2016 to over 1.2 million by the time he left office.

Other important reforms implemented during his tenure include a new curriculum for basic schools, TVET and teacher reforms, among others.

In May 2021, Dr Prempeh was conferred with an honorary Doctor of Letters degree by the University of Education, Winneba, and in 2017 and again in 2018, he was voted Best Minister of the Akufo-Addo administration.

He was also the recipient of the 2020 Harvard Ministerial Medal of Achievement in recognition of his exemplary leadership style.