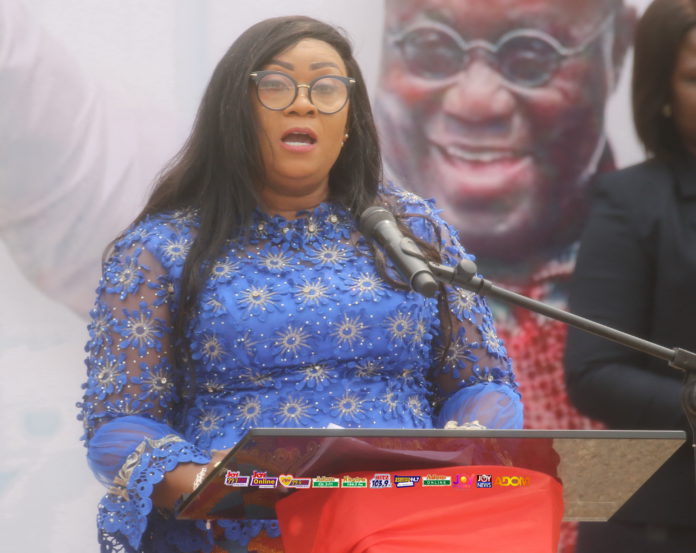 The Minister for Fisheries and Aquaculture Development, Mavis Hawa Koomson, has told Parliament that her Ministry is leaving no stone unturned to revive the Elmina Fish Processing Plant.

The plant, she noted, is one of the priorities of her Ministry and government in general, assuring that it will soon be made operational.

Mrs Koomson made this observation on Thursday, July 20, 2021, when she appeared in Parliament to answer some questions relating to her Ministry.

Her response was in connection with a question posed by the National Democratic Congress Member of Parliament (MP) for Komenda-Edina-Eguafo-Abrem, Samuel Atta-Mills, who sought to find out from her why the fish processing plant at Elmina is still closed and what is the Ministry doing about it.

Commenting on the state of the plant, she said the facility started operations in 2016 when the Project was handed over.

However, the facility had challenges with the absence of an Effluent Treatment Plant (ETP) which is a waste treatment plant as well as faulty condenser coils for the refrigeration system.

According to her, through the defect liability period, the condenser coil for one of the refrigerators was replaced.

The absence of the ETP, she added, was a design defect, which the contract did not cover.

Mrs Koomson, who is also the New Patriotic Party MP for Awutu Senya East further told Parliament that the Indian Government, which funded the project, has agreed to use the outstanding amount on the Project to replace the iron coils with copper coils, install an ETP and construct a warehouse for the facility to make it operational.