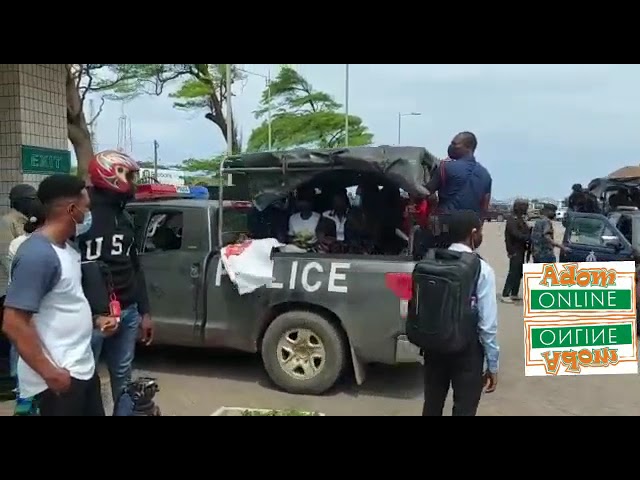 All 12 of the #FixTheCountry campaigners arrested earlier at the court have been granted self-recognizance bail.

The Accra Region Police interrogated them for close to three hours on why they allegedly assembled at the court.

Whilst in the interrogation room, some of their members, including their lawyers, stormed the police demanding the immediate release of the protesters.

Some of the #FixTheCountry campaigners, who spoke to Joy News, argued that the arrest was unlawful.

The lawyers after several hours of meeting with the Accra Region police head of legal and prosecution plus the crime officer managed to secure the bail for the protesters.

The lawyers say the bail was without conditions and the police also failed to prescribe specific charges against their clients.

The Police have, however, remained tight-lipped on the arrest.

Efia Odo, one of the protesters, who was arrested together with the other 11 said they were not protesting.

According to her, “the judge called for a recess, and I was taking pictures with some of the conveners who had come there to show their support.

“Then, all of a sudden, the police comes in with their guns as if we are criminals and aggressively took us in.”

She further indicated that even at the police station, they were not informed of the reason for their arrest.

“They never told us the reason for the arrest. They told us to write our statement and I compiled.”

The 12 are expected to report to the police on Monday for further investigations. 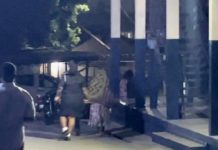