The team played Mali and Qatar in Antalya, Turkey; first, against Mali which ended in a shock 3-0 defeat with the second game against Qutar resulting in a 5-1 thrashing of the Asian champions 5-1.

The games served as an opportunity for coach Charles Akonnor, who was handed the job in January, to finally make his debut and also assess the team ahead of the return of Africa Cup of Nations qualifiers in November.

“The players were paid $2,000 for the friendly games [unlike the $5,000 we used to pay after each game] because of the circumstance at hand,” Okraku said on Nhyria FM.

“However, let me hasten to add that the players were not interested in the monetary benefits, rather team building. This is because we are preparing a new team for the future,” he added.

The aftermath of the friendlies has not been good, with six players testing positive for coronavirus. 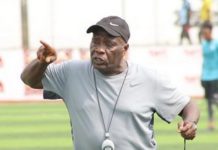