This comes after the government, through the Information Ministry, held its maiden Town Hall meeting to discuss the Electronic Transaction levy (E-Levy) in Koforidua in the Eastern Region on January 27, 2021.

Another Town Hall meeting was organised on February 2, 2021, in the Western Region.

They engaged the public on the advantages of the e-levy which is pending approval, as well as took feedback and inputs from relevant stakeholders.

Mr Addo, commenting on the Town Hall meetings held by the government to sensitise the public on the need to pay the e-levy, said the meetings are a waste of revenue.

“I have given concrete reasons and they should also tell us how much they are spending on their Town Hall meetings.

“I am very sure that by the time they are done, they would have spent more than six billion that they think they would get from the E-levy,” he stated at a press conference held on Monday.

In the view of the party, the monies could have been channeled into other areas of the struggling economy.

The party, also, demanded the immediate cancellation of other scheduled Town Hall meetings.

Meanwhile, the Youth Wing of the National Democratic Congress (NDC) has served notice to the Police that they will embark on a street protest against the Electronic Transactions Levy (E-levy) on Thursday, February 10, 2022.

A letter, signed by the National Youth Organiser of the party, explained that there is an urgent need for them to protest against the tax policy, saying “the young people of this country are frustrated and tired of the happenings in the country.” 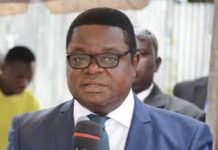 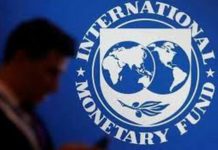