The Asokore Mampong District Courtroom was scene of drama as police re-arrested nine persons accused of fraud after they had been discharged by the lower court for lack of jurisdiction.
The accused, including acting District Co-ordinator for National Service Scheme in the Sekyere East in the Ashanti Region, are charged with fraudulently withdrawing 302, 750 Ghana cedis from the NSS account.
They are said to have inserted ghost names on to the government’s payroll, by tampering NSS and Youth Employment Agency systems.

Armed security officers on standby outside the District Court picked them up again and whisked them away Thursday, after the court discharged them for lack of jurisdiction.
Joseph Roland Amoah, the acting District Co-ordinator for Sekyere East, Isaac Asirifi; a student, Isaac Antwi and Rachael Nuako are among the suspects.
Others are Ismaila Osman, Ernest Adjei Adabanka, Sarkodie Addo, Oppong Kyeremeh and Edward Owusu Ansah.

Manhyia Divisional Police Command, acting upon tip-off arrested them in April this year.
It followed preliminary investigations which revealed, the suspects had been withdrawing money from an E-zwich machine at Shaibbay 40 Ventures at Asawasi.
The device was operated by Ismaila Osman, who is also standing trial for stealing and forgery.
Police retrieved fake official stamp of the Assistant Director of Health Services at Asokore Mampong, 36 impersonated E-zwich cards and several duplicate payslips.
Police investigations revealed Roland Amoah conspired with Isaac Asirifi, Isaac Antwi and Rachael Nuako to syphon money from state coffers.
Roland is said to have endorsed and submitted monthly duty forms for non-existent personnel at the Kumasi Metro Office of NSS.
He had succeeded in allegedly stealing Gh¢ 80, 850 between November 2016 and March 2017.
Rachael Nuako though has not completed any tertiary institution, has been allegedly enrolled in the NSS program for ten times in 2016 alone.
Dealing with loopholes
Officials of the National Service Scheme have declined comment on the matter.
However, unofficial sources suggest various mechanisms have been introduced to plug loopholes.
They include quarterly validation of personnel and increased monitoring and supervision.
Meanwhile, Nhyira News has sighted a16-page report signed by Kumasi Metro Director, Reverend Kwame Adjei which reveals, out of 11, 100 personnel audited in the Directorate,128 have been blocked since April 2017.
It followed police investigation which suggested 102 fake personnel had been withdrawing money from an E-zwich illegally operated by a member of the syndicate.
A further 254 personnel were blocked from taking allowances between April and May 2017, saving the NSS 141, 966 Ghana cedis.
An audit had also revealed many of the affected personnel were either not at post or had indulged in forged endorsements and double registration, among other infractions.
Meanwhile, a Kumasi Circuit Court before which they were arraigned after they were re-arrested, has adjourned the case to Friday.
Defence counsel declined to comment, insisting it is too early. 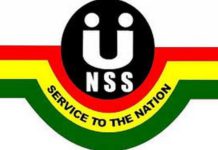 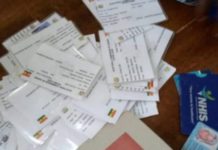 152kg of cocaine concealed in sugar intercepted at Tema Port