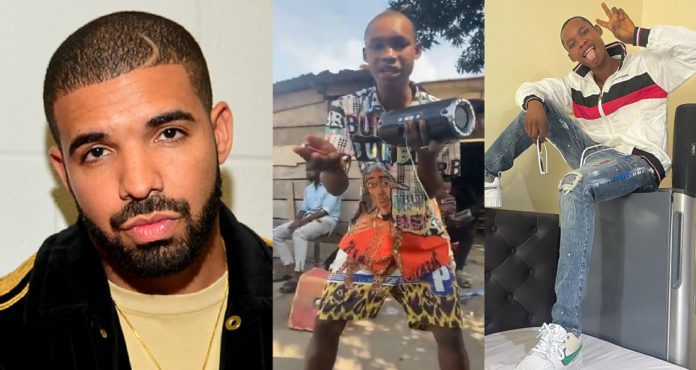 A young Nigerian artiste, Hyzah, is currently trending on Twitter after American rapper Drake followed him on Instagram.

It all started after the young artiste posted a video of himself singing and free-styling on social media.

The video went viral on the internet and caught lots of attention from social media users who encouraged him as they tag many Nigerian artistes to watch the video.

Immediately after Drake followed Hyzah, many social media users followed him which led to his Instagram account growing from 100 to 29k followers and counting.