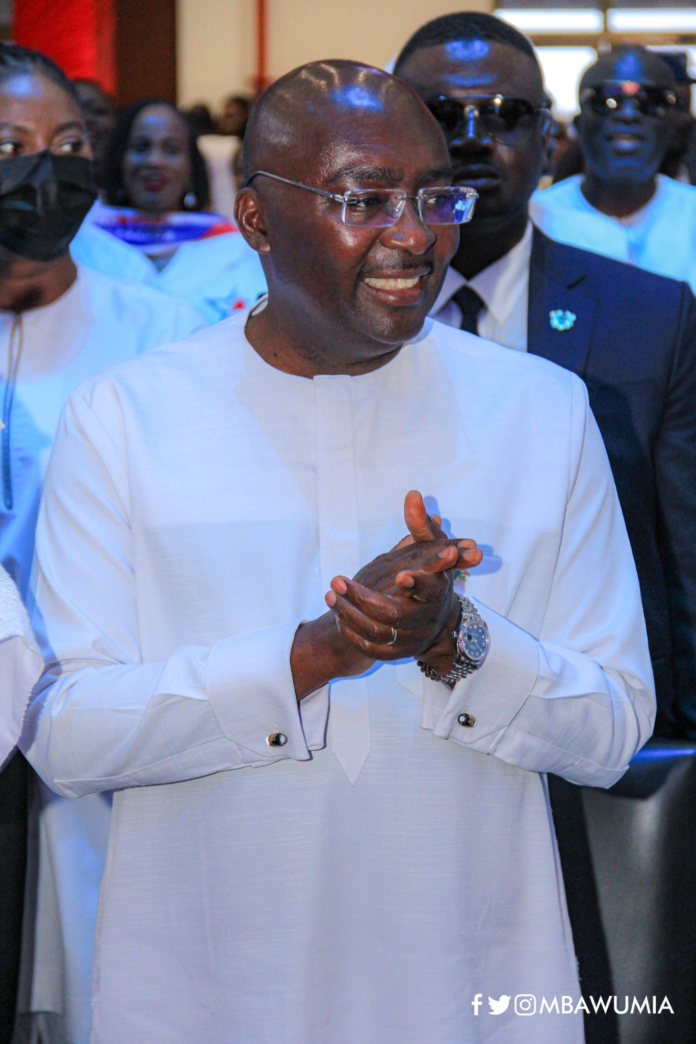 For a long time, the position of the vice presidency in Ghana was one of tradition and routine. Although recognizable and prestigious, the position was often seemingly ceremonial.

The unstated rule of thumb was to never appear overtly assertive. Ghanaians had become accustomed to a moderated role of the Vice President. Seen but not often heard, admired but not in-charge, respected but with no real imprint, the vice presidency appeared removed and mythical.

Then came Mahamudu Bawumia. With a storied career as a banker and economist, the Vice President had come into politics through an unconventional path. Tapped from the Bank of Ghana, where he was a Deputy Governor, the President had surprised many with his choice at the time. Politically green, professionally experienced, physically agile, and behaviorally self-assured, the then candidate was passionate about pleasing his boss and justifying his selection. The first election was lost. Then another followed. Agita emerged. Despite calls to reconsider his number two man, Addo-Dankwa Akufo-Addo remained stolid. Dr.Bawumia went nowhere.

History was made. Odds were defied. Dreams were achieved. Hope beckoned. Buoyed by what many saw as a dizzying performance on the campaign trail, freed from the old, stymied role of the VP, H.E Bawumia came into the office with confidence, charm and character. At the Vice Presidency, the economic prognosticator, blessed with the imprimatur of his boss, never lifted his feet off the pedal. He became the single most important propagator of the Akufo-Addo doctrine. Mahamudu was a fast learner. Even though an economist, he had come to understand and attain some measure of fame for his political communication skills. Afterall, this was the man who made public lectures a major tool of political combat in the evolving history of campaign politics in Ghana. And so did it remain even at the presidency.

There are many who criticise him, and not unfairly so, for not properly reading the moment and transitioning from campaign mode to governance. But for all that it is worth, Dr. Bawumia has succeeded in transforming the Vice Presidency from one of docility to activism, symbolic representation to policy implementation and from mysticism to realism. When the history of democratic politics is written in Ghana, Dr. Bawumia will occupy a special place because of the courage, unorthodoxy and agression that he brought to the position. Time and again, he has been at the receiving end of jokes and criticism due to his overwhelming focus on digitisation, but he has remained resolute and unwavering in his digital ambitions for Ghana. His political beliefs are rooted in pragmatism, realism and the idea that to seize the moment in a fast-moving world, this country needs to embrace digital know-how in order to improve the economy and better the lives of citizens. Bawumia’s approach is therefore data-driven and action-oriented with an eye on innovation and reformation.

A crucial element in political leadership is the ability to act through the courage of one’s convictions. “Courage is the virtue that President John F. Kennedy most admired”, wrote Robert Kennedy. By remaining unalterably committed to a cause and persevering despite the odds, VP Bawumia exhibits one of the greatest qualities of leadership: political courage. Through his courage and persistence, he has used the position of the Vice Presidency to bring about observable change in the lives of the people particularly through the framework of digitisation. No one can deny the passion and attachment he has demonstrated in making sure Ghana is not left behind in human development, making sure that the gospel of digitisation is not only preached but permeates every aspect of Ghanaian life.

Results can be seen in areas such as the digitalisation of the operations of the DVLA, much needed enhancements in the school feeding programme, the use of drones for the delivery of critical health needs such as blood and medicines, the new lease of life at the ports through the paperless port system, the full operationalisation of the Ghana National Electronic Pharmacy Platform or e-pharmacy; (the first of its kind in Africa), mobile money interoperability, a digitised passport system and of course the digital national identification system with its innumerable benefits. His leadership or governance style is thus grounded in digital leadership, reformation, aspiration, inclusivity, and a commitment to improving the human condition.

History will remember him as the activist Vice President with big, broad and brazen ideas as to how to move this nation forward by doing away with outdated mindests of impossibility. And this is a message he hasn’t lost breath in consistently advocating. If Carter and Roosevelt gave rise to the idea of the rhetorical presidency in the United States, then much credit needs to be accorded Bawumia for giving meaning to this term in Ghana. Of course, he didn’t always get it right and more work needs to be done on his ability to tailor his message to the moment and the appropriate application of framing discourse.

However, we will have to take note of his efforts at elevating the position of the Vice Presidency into that of impact, substance and significance. This was or has mostly been done through a frontal, engaged, vocal and hands-on Vice President who remains front and centre in the business of government. If we are to march forward in our democratic consolidation, then these evolutions are necessary in order to make such positions of governance relevant, consequential and useful to national development. The larger point is that by empowering the office of the Vice President, the nation benefits through a more engaged leadership at the very helm of affairs.

We have begun to see this as the debate over the selection of running mates of other major parties has been, to some extent, presaged by the Bawumia model. It may not be the best model, but from an institutional and governance perspective, this is a healthy development that expands the power of the VPship for the benefit of the nation. Public expectations of the Vice President are now at a historical high in Ghana. And that is a good thing.

Contemporary observers of political communication have called attention to his radical departure from the quiet and limited role of communication when it comes to the number two position. As political communication scholars James Ceaser, Glen Thurow, Jeffrey Tulis and Joseph Bessette have noted, in an information saturated age, while speech cannot replace policy, “speaking is governing”, and very much an intrinsic part of responsible and democratic leadership. If for nothing at all, it helps to carry the people along while maintaining a connection for better understanding, support, and deliberation of national affairs. Much credit and acknowledgment also goes to those who have held the position beforehand and laid the necessary foundations.

Of course, immense credit needs to go the Head of State, H.E Nana Addo Dankwa Akufo-Addo, the President himself for re-imagining the position and giving his deputy the freewheel. And in doing so, contributing to reforming a major institution of governance at the dawn of the 21st century.