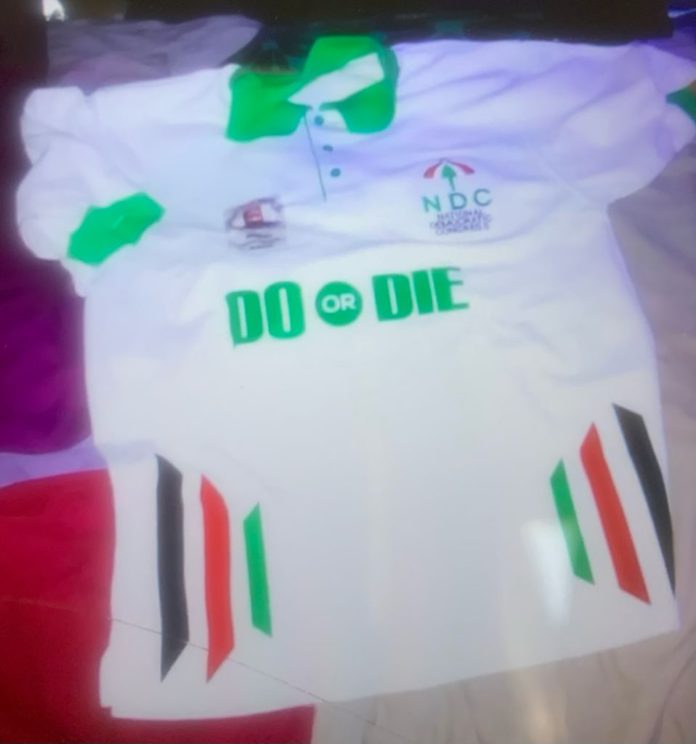 Moments after ex-President John Dramani Mahama made his ‘do-or-die’ statements ahead of presidential elections in 2024, some t-shirts have been spotted in the market with the ‘do-or-die’ inscriptions.

It’s unclear if the National Democratic Congress (NDC) is behind the shirts but it is quite obvious the decision sprung up after Mr Mahama’s assertion.

Earlier, speaking on a Techiman-based radio station, Akina FM, Mr Mahama stated that the 2020 elections showed the NDC that elections can only be won at the polling stations, thus, they will not let their guards down.

ALSO READ: Those who left school early don’t understand idioms – Mahama on ‘do or die’

“We were clearly robbed but we accepted the verdict for the sake of peace, but I want to state here that the next elections would be won or lost at the polling station.

“We will do everything to ensure that the election is free and fair. We will not cheat the New Patriotic Party and we don’t expect anyone to cheat us either, let the elections be peaceful and fair,” he added.