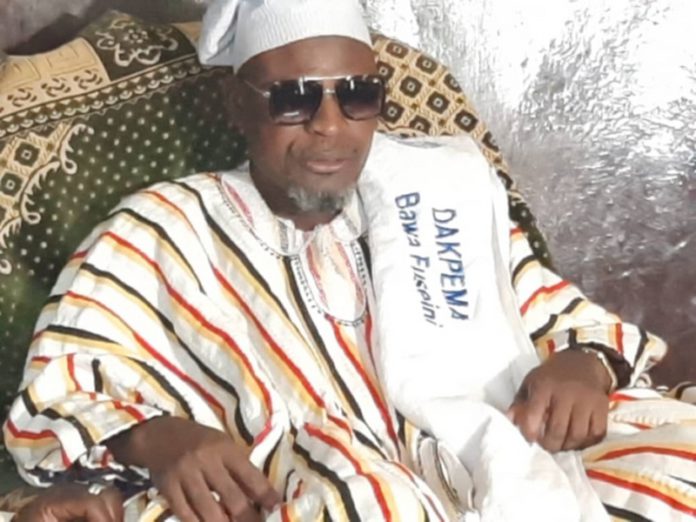 The Dakpema Naa, Fuseini Bawa, has called on his supporters not to retaliate after the attack on his Palace on Monday.

He said his supporters should allow the Police to conduct investigations and bring the perpetrators to book.

Speaking on behalf of the Dakpema, spokesperson for the Chief, Basharu Dabali, said Dakpema Naa Fuseini Bawa seeks peace, therefore, nothing should be done to disturb the prevailing peaceful atmosphere in the area after calm was restored by the Police.

“He [Dakpema] told us this morning, even on his sick bed, that peace is what he cherishes, no member of the family should attack anybody in retaliation. That we should leave the issue to the Police to investigate,” he said.

Mr Dabali said they have made an official complaint to the authorities and have appealed to the Police to ensure justice and see to it that law and order is maintained in Tamale.

He said Tamale is the home of their ancestors and they will be the last group of people to wage war on anybody in the city.

“We will not resort to violence to drum home our demands” he reiterated.

The spokesperson urged politicians and traditional authorities to desist from attributing the armed attack on the Palace to any chieftaincy issue.

“The Dakpema and his people do not have any problem with any chieftaincy divide in the region, therefore people should delink this particular attack on Dakpema and the Palace from chieftaincy,” Mr Dabali added.

He appealed to the government to ensure that the perpetrators are brought to book, noting that people should not take their leniency to mean weakness.

“We are never weak, the only thing we want is peace, that is why we have reported the matter to the Police,” he said.

He noted that if the Police fail to investigate the attack, they will have no option other than to defend the Palace.

On Monday, about five persons, including the Dakpema, Naa Fuseini Bawa, sustained several injuries after the unidentified suspects launched a gun attack on the Palace.

It is said that the incident took place after the talking drum was beaten in the Palace on Monday dawn, an action that signifies that the Dakpema is the Chief of the area.

Meanwhile, Police in the Northern Region have beefed up security in the city.

Northern Regional Crime Officer, Superintendent Bernard Baba Ananga, said there is heavy deployment of both plain-clothed and uniformed Police officers, the Anti-terrorism Unit, the Military and the Operation Calm Life team to continue patrols to ensure the city is safe.