The musician, who has been described by a section of the stakeholders in the creative industry as one of the talented Ghanaian and most sought-after musician, is expected to use his personality, brand and music to sell Ghana’s tourism potential to the world.

He is also expected to use his brand to market and promote the activities of the Ministry of Tourism, Arts & Culture during his reign.

Speaking at the unveiling ceremony held at the Tourism Ministry on Wednesday, Madam Afeku expressed her delight to have Daddy Lumba as one of the ambassadors.

She disclosed that her ministry has embarked on a policy to unveil 50 tourism ambassadors in which the first 30 of the ambassadors were unveiled in Tamale during the celebration of the World Tourism Day.

The aim of the tourism ambassador programme is to partner influential persons to help drive tourism growth in and outside the country.

Daddy Lumba, who was extremely excited about the ambassadorial deal with the Tourism Ministry, indicated his preparedness to project and market the country’s numerous tourism potentials on the international platform.

The highlife musician also promised that he would use his many networks worldwide to promote Ghana’s tourism industry.

He assured the sector minister of his management’s readiness to collaborate with the ministry to enhance the promotion and development of tourism in the country.

In an interview with BEATWAVES, Daddy Lumba stated that the promotion of the country’s tourism sector would not only benefit the country financially, but jobs could be widely created for the average youth.

He observed that promotion of the country’s tourism sector is a shared responsibility that requires the concerted efforts of all policymakers, traditional authorities, among many others.

Daddy Lumba highlighted that some of the challenges facing the tourism industry in the country include lack of professionalism, inadequate investment, poor environmental sustainability and lack of socio-cultural sustainability.

He, therefore, called on the ministry to ensure constant promotion of cultural tourism to bring in more revenue to support the country’s economy. 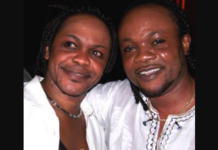 Daddy Lumba made me a star – Ofori Amponsah