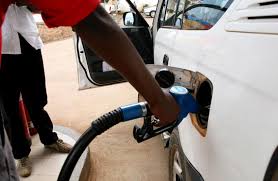 The Coalition for Social Justice (CSJ) has described the recent hikes in fuel prices as an unfair and dishonest move on the part of the government.

In a statement signed by the Secretary of the coalition, Awudu Ishaq, the Communications Director, Abass Nurudeen and Brogya Genfi, in charge of Operations, said the price hikes were a direct product of the steep hikes in the Energy Sector Levies (ESLA) by more than 23 per cent.

ALSO READ: Audio: How Kasoa cop killer’s ‘confidant’ was tricked to expose him

“We find the decision by the Akufo-Addo led government to increase prices of petroleum products at a time when Ghanaians are reeling under excruciating hardships as most dishonest and unfair,” the statement said in part.

According to the group, the increment is as a result of bad and insensitive policies implemented by the Akufo-Addo government and nothing more.

“It’s obvious that these continuous increments will have a negative ripple effect on the prices of goods and services and once again, increase the unbearable cost of living in the country,” the group noted.

The CSJ is also of the opinion that the increments will make the already impoverished Ghanaian poorer as Ghanaians will be paying more for everything effective today.

The Coalition for Social Justice (CSJ) has taken notice of the steep increments in fuel prices by the Akufo Addo government. We are completely appalled and feel hard done by these wicked and ill-informed increments in pump prices of fuel.

We know that these increments in fuel prices are a result of the bad and insensitive policies of President Akufo-Addo and nothing more. They are a direct product of the steep hikes in Energy Sector Levies (ESLA) by more than 23% which were announced during the 2019 mid-year budget review presentation by the Finance Minister.

We find the decision by the Akufo-Addo government to increase prices of petroleum products at a time when Ghanaians are reeling under excruciating hardships as most dishonest and unfair. President Akufo-Addo whiles in opposition described ESLA as a nuisance tax and promised to scrap it if elected. He and his Vice, Dr Bawumia are on record to have described increments in the prices of petroleum products under the previous Mahama Administration as “wicked” and promised to “move from Taxation to Production” if elected.

Sadly, since assuming office, President Akufo-Addo has neglected this solemn promise to Ghanaians and has rather imposed a raft of taxes on Ghanaians. Contrary to his promise of scrapping the ESLA, his government has collateralized ESLA for a 15-year loan (The Energy Bonds issued in 2017) and has further increased the same by more than 23%. This underscores the dishonesty and insensitivity of President Akufo-Addo and amounts to a monumental betrayal of the trust of Ghanaians.

The Coalition for Social Justice (CSJ) finds these increments as unjustifiable given recent complaints from the staff of the GRA about tax evasion on the part of some government officials, the unprecedented incidences of corruption and waste of the public purse, and the rising phenomenon of fuel fraud and smuggling being witnessed under President Akufo-Addo.

Again, these increments are unjustifiable given the fact that the Akufo-Addo government has nothing significant to show for all the revenue (estimated at about GHS210 billion in tax and non-tax revenue including loans) which has accrued to them in the last two and half years.

Having failed to deliver any significant developmental projects with all these resources, there cannot be any justification for President Akufo-Addo to keep taxing the already impoverished and vulnerable Ghanaian to fund the opulent lifestyle of his bloated government.

We, therefore, demand that President Akufo-Addo immediately reverses these wicked and needles increments so as to ameliorate the plight of Ghanaians.