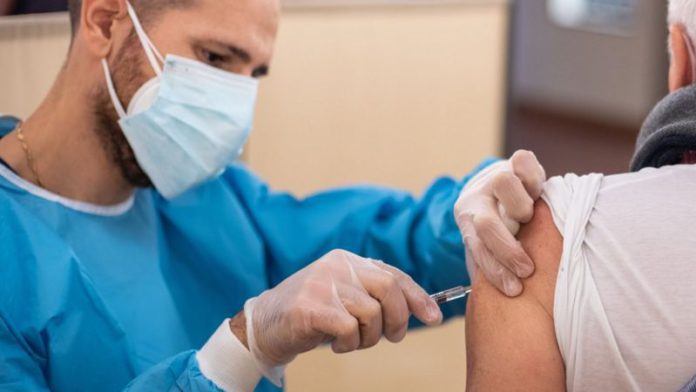 The US Food and Drug Administration has authorised the Pfizer-BioNTech coronavirus vaccine for emergency use.

The agency said the authorisation was a “significant milestone” in the pandemic, which taken more than 295,000 lives in the US.

The vaccine, which offers up to 95% protection against Covid-19, was deemed safe and effective by the FDA.

“Today our nation has achieved a medical miracle,” Mr Trump said. “We have delivered a safe and effective vaccine in just nine months.”

Before the announcement on Friday night, the FDA had come under intense pressure from the Trump administration to approve the vaccine’s use.

The head of the agency, Stephen Hahn, was told to approve it for emergency use by Friday or quit, US media reported, although he called this “untrue”.

Health and Human Services Secretary, Alex Azar, told reporters earlier on Friday that his department would work with Pfizer to get the mass vaccination programme started by Monday or Tuesday.

The Pfizer vaccine has already received regulatory approval in the UK, Canada, Bahrain and Saudi Arabia. Like those countries, the US will give its first doses of the vaccine to the elderly, health workers and emergency crew.

Coronavirus deaths have been rising sharply since November in the US. On Wednesday, the country recorded more than 3,000 deaths – the highest total in a single day anywhere in the world.

What has the FDA said?

“The FDA’s authorisation for emergency use of the first Covid-19 vaccine is a significant milestone in battling this devastating pandemic that has affected so many families in the United States and around the world,” said Mr Hahn.

He said the authorisation came after “an open and transparent review process” that ensured the vaccine met the “FDA’s rigorous, scientific standards for safety, effectiveness, and manufacturing quality”.

Emergency use, the FDA said, is not the same as full approval, which would require Pfizer to file a separate application to secure.

“While not an FDA approval, today’s emergency use authorisation of the Pfizer-BioNTech Covid-19 Vaccine holds the promise to alter the course of this pandemic in the United States,” said Peter Marks, Director of the FDA’s Center for Biologics Evaluation and Research.

Has the FDA been leaned on?

The Washington Post said that White House chief of staff Mark Meadows had ordered Mr Hahn to approve the vaccine on Friday or submit his resignation, citing three sources.

But Mr Hahn told US media he had only been “encouraged to continue working expeditiously” on the vaccine’s approval, and that the media representation of the chief of staff’s phone call was “untrue”.

Amid the reports of White House pressure, President-elect Joe Biden said he wanted to make it clear to the public that they should have confidence in the vaccine, adding: “There is no political influence.”

How does the vaccine work?

The Pfizer/BioNTech vaccine was the first coronavirus jab to show promising results in the latter stages of its testing process.

It is a new type called an mRNA vaccine that uses a tiny fragment of genetic code from the pandemic virus to teach the body how to fight Covid-19 and build immunity.

“The vaccine contains a small piece of the [Covid-19] virus’s mRNA that instructs cells in the body to make the virus’s distinctive ‘spike’ protein,” the FDA said.

“When a person receives this vaccine, their body produces copies of the spike protein, which does not cause disease, but triggers the immune system to learn to react defensively, producing an immune response against [Covid-19].”

The vaccine is given as two injections, 21 days apart, with the second dose being a booster. Immunity begins to kick in after the first dose but reaches its full effect seven days after the second dose.

What could happen now it has been approved?

Operation Warp Speed says that vaccine deliveries will begin within 24 hours of approval.

“We have made sure that this vaccine will be free, for all Americans,” Mr Trump said in a recorded video posted to Twitter.

“We have already begun shipping the vaccine to every state and zip code in the country. The first vaccine will be administered in less than 24 hours.”

Pfizer plans to have 6.4 million doses ready for the US in its first rollout round in late December.

Because two injections are required per person, that is enough for three million people, out of a total US population of 330 million.

ederal officials at the Centers for Disease Control and Prevention (CDC) say the nation’s 21 million healthcare workers should be prioritised first, as well the three million elderly Americans living in long-term care homes.

But there is less consensus on how states should distribute it to other groups. The nation’s approximately 87 million essential workers are expected to be next in line for the jab, but it will be up to states to decide which industries to prioritise.

Mr Trump said vaccines “will vanquish the virus and return life back to normal”. But officials say vaccinations for groups that are not at a high risk are expected to take place in the spring of 2021.

A second vaccine, developed by Moderna and the National Institutes of Health, is also seeking emergency approval in the US. Like the Pfizer vaccine it requires a second round of injections.