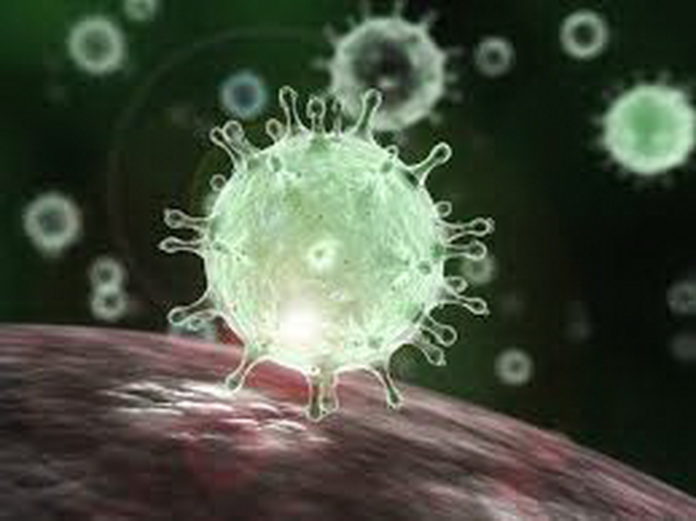 A son was forced to say his last goodbye to his dying NHS nurse mum while wearing full protective gear as she who uttered the heartbreaking final words: “Tell my husband I love him.”

Grandmother Lynne Limbert was killed by coronavirus at the age of 67 after beating bowel cancer just the previous year.

Her son Phil Limbert said his mum was “tough” and it was as if “she knew” she was dying, reports the Liverpool Echo.

Phil said: “My mum and dad had a long standing joke between them. My mum would go to the caravan in Wales at weekends, she loved going to the caravan.

“She would say to my dad, ‘right, see you later’. He would say ‘I love you’ and she would roll her eyes and say ‘ditto’.

“He knew she loved him, it was just a bit of a joke.

“But in the hospital they had to put her on a ventilator and she needed sedating. Before they did, she got one of the staff and said ‘tell my husband I love him’.

Lynne, a retired nurse, from Broadgreen in Liverpool, had beaten bowel cancer last year and was healthy and active, spending her days doting on her two grandsons and enjoying a busy social life.

But after a few days of feeling under the weather, Lynne was rushed to hospital where her lungs were unable to recover and she died on Tuesday afternoon.

Administrator Phil said he was forced to say goodbye to his unconscious mum, who he described as his “hero,” in full protective gear.

Through tears, Phil said staff at the Royal Liverpool Hospital, where he also works, were “absolutely amazing,” holding her hand so she was not alone and making sure she did not feel any pain.

Phil, 38, said: “She was in hospital for a total of 13 nights. I saw her a few days before she went in and she was complaining that she was just a bit cold.

“She was just like ‘close the door, I’m a bit chilly’, and it just sort of came on from there.

“We used to message quite a lot on Facebook, and over the next few days she was still upbeat but she was saying her head was pounding and she felt like she had been hit by a train.”

Phil says his mum seemed to improve and remained in good spirits.

However around two weeks before her death her devoted husband, Phil’s dad Paul Limbert, rang the NHS 111 number for advice – and based on her symptoms an ambulance was immediately dispatched.

Lynne was fully aware, but by that point was so breathless she could “hardly string a sentence together” and was kept in the back of the ambulance for around an hour while paramedics provided her with oxygen.

That was the last Phil’s dad saw of his wife.

Phil, his older brother Chris Limbert and their dad Paul were then faced with the tortuous experience of waiting to see if Lynne would recover while not being able to visit due to strict infection controls at the Royal.

Phil says the family were kept up to speed with regular phone calls from the hospital, but after 13 days he received the worst possible news – all treatment options had been exhausted.

He said: “Then it was like wow, this is so real. We had not been able to see her, we were not there to see how it was developing. You just don’t believe it.”

Phil was allowed to pay a final visit to his mum with PPE protection, but his dad’s health conditions meant he was too high risk and Chris could not face seeing his mum attached to tubes and wires.

“I got to say goodbye to her and hold her hand. I had messages from all the family saying how much they missed her and how much she was loved.

“I told her she was going to see my grandad and nan, and that she was not in pain anymore.”

Lynne had no health problems, said Phil, and she loved going for walks as part of a walking group, as well as enjoying a drink with her sister Christine who lived opposite.

Phil said she was devoted to her grandchildren, his three-year-old son Oscar and Chris’s 11-year-old son Zak, and would “do anything for anyone.”

Lynne spent her working life as a nurse in Broadgreen Hospital, before doing a short stint in the Royal and then moving on to Liverpool Women’s Hospital.

Although Phil has been able to see his dad since Lynne’s death, they have observed social distancing so he has “not even been able to hug him.

He said: “We observed social distancing rules but before this I was one of those people who would watch the news and think ‘oh it will all blow over in a couple of weeks’.

“You don’t think it will happen to you.”

“Two grandkids that she cannot now see grow up. Two sons she cannot spoil and a husband she cannot nag. She was only 67. A whole life ahead of her.

“Please people. STAY AT HOME. You don’t know the minute it can take a loved one away. Two weeks ago it wouldn’t of even crossed my mind that we would be sorting funeral arrangements for my mum.”

Phil and his family said Lynne’s funeral can only be attended by 10 people, but suggested anyone wishing to pay their respects make a donation to Marie Curie Cancer Care in her memory.