The impact of the lockdown imposed by government to stop the spread of Covid-19 has hit hard expectant mothers across the country.

The restrictions that have been in force since March last year have made access to health services both difficult and unaffordable.

Prossy Namakula, a resident of Nkonkonjeru Town Council, was last month detained at St Francis Mission Hospital in Buikwe District after she was delivered of her baby.

While detained, Miss Namakula said she could not afford proper meals and care for her baby and depended on handouts from other patients.

She said she tried all ways to leave the hospital to get relief and look for money to pay her bill but in vain.
“The cost of treatment left me with nothing. Presently, I live with lots of fear and receive threats of imprisonment for unpaid loans from my village saving groups,” she says.

She said she had to flee her village and live with a relative, which makes her uncomfortable since she wants to enjoy her rights and take proper care of her child.

Elizabeth Atori, a legal officer with Initiative for Social and Economic Rights (ISER), a non-governmental organisation, says the practice of detaining patients in hospitals undermines women’s rights, including their right to dignity and right to be free from inhuman and degrading treatment.

She says they have so far reached out to 16 women who have been detained in both Buikwe and Kumi districts over unpaid medical bills.

Indeed, the plight of Namakula is not isolated as many more women have faced hospital detention.

Annet Chandiru, who was also found detained at St Francis Mission Hospital in Buikwe District in March, says she was held for three months after she delivered her child.

“I am literally a prisoner here. I am not allowed to go past the hospital gate and if I need anything from outside, I must send the security guard,” Chandiru told Saturday Monitor then.

Chandiru is a resident of Nkonkonjeru Town Council, but the nearest public health facility is a Health Centre II, which does not offer antenatal services.

Similarly, a 16-year-old girl, who had gone to seek medical care at the same facility in March, says she had no way of raising the money to clear her hospital bill and she was also detained.

She says she could not even afford a meal while in hospital and the facility could not give her food, leaving her to survive on handouts.

However, Edgar Olweny, the spokesperson of St Francis Mission Hospital, told Saturday Monitor last week that they do not detain women but only keep them around until they clear the bills.

“Since we are a private institution, we even inform police that so and so is being kept around the hospital premises and is looking for money,” Olweny says.

Susan Akello, who was found with members of ISER in May at Mukono High Court, and had undergone an operation at Ongino hospital in Kumi District, says she was also detained after failing to pay Shs1 million hospital bills.

“I didn’t have enough money and I was detained for a month for not fully paying medical bills,” she said.

She said she was unable to contact relatives and friends to raise the money to foot her hospital bill.
“The medical staff confiscated my national identification card and I had no way to go and look for the money,” Akello says.

But James Okweny, the administrator of Ongino hospital, denies detaining mothers, but says they have guarantee forms where patients or mothers get one person to recommend them and get discharged so that they pay the money later.

He says they also discharge patients with debts in the presence of their Local Council (LCI) chairpersons, who are always invited by the patients.

“Someone assures you and leaves his/her identity card behind and promises to get the money to clear the bill, but we don’t confiscate their identity cards as they claim,” Okweny says.

However, he says some patients beg them to go and look for money to clear the bills but never return.

“We have about Shs58 million in unpaid bills, yet a hospital cannot operate like that because we need the money to buy drugs and other requirements,” he says.
Okweny says Ongino hospital is private but not-for-profit and their prices are fair.

Atori describes the practice by hospitals as illegal. She says the Constitution provides for gazetted places of detention and government has a duty to protect women and their rights, taking into account their unique status and natural maternal functions in society.

ISER, together with the community, have filed a case at Mukono High Court challenging the detention of the mothers in private health facilities.

Olweny says most of the patients are helped out by the hospital partners in case they fail to clear bills and are also supported through a charitable box placed at the hospital where good Samaritans drop cash donations.

“They gave us summons in court and we are trying to follow it up, but they even forget that we save their lives,” he says.

Atori says they want government to provide alternative public maternal heathcare services for mothers who are currently forced to opt for costly private health facilities and for the hospitals to desist from detaining mothers.

Hospital detention during the Covid-19 lockdown has driven most victims and their families into poverty as some mothers tried to look for money to clear bills but failed.

Sumayah Labila, the ISER programme officer, says many of these cases of detention are at public-private partnership (PPP) health facilities that receive government funding to provide health services in underserved areas.

The Buikwe District health officer, Dr Richard Bbosa, says the district has petitioned the Health ministry to elevate Nkonkonjeru Health Centre II to level III and that they have been assured of the plan to upgrade the facility.

“Elevating the government health facility will help mothers to receive free medication and avoid detentions in private hospitals,” he says.

In the Financial Year 2020/2021, the government of Uganda approved a grant of more than Shs130 million to St Francis Mission Hospital under a public-private partnership arrangement.

In September 2016, International Hospital Kampala (IHK) was sued for detaining a patient, Patrick Obiga, for one and-and-half weeks over unpaid medical bills amounting to Shs19.5m. Obiga said he found himself admitted to the hospital’s intensive care unit (ICU) after he was involved in an accident on August 4, 2016.

After completing treatment, Obiga paid Shs20m of the overall medical bill of Shs39m and asked the hospital to allow him pay the balance of Shs19.5m while at home, which the health facility rejected and instead detained him.

In September 2016, Nsambya hospital in Kampala detained a 17-year-old fishmonger, John Basalirwa, who the hospital treated after losing his arm to a crocodile in Buikwe District, for failing to pay his medical bills amounting to Shs4.3m.

Emmanuel Ainebyoona, the Ministry of Health spokesperson, condemns the practice of detaining patients in hospitals.

He advises patients to go to nearby government health units to get free services and not hospitals that may end up detaining them.

He said government facilities, including health centre IIs, are free of charge and can refer patients to big government hospitals for free medication. 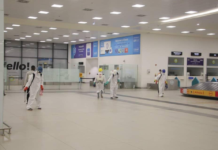 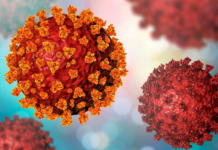