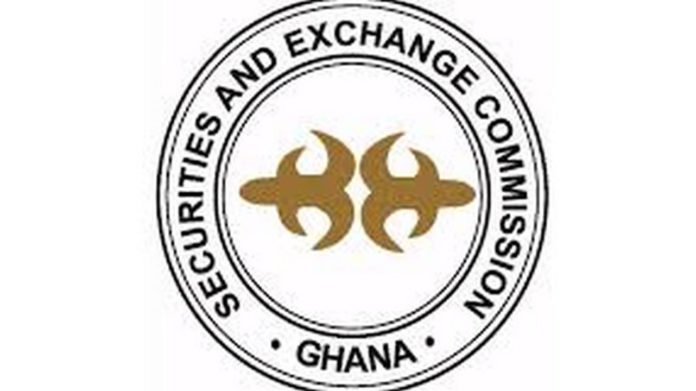 Some frustrated customers of troubled fund management companies say they have lost confidence in the Securities and Exchange Commission (SEC) because SEC appears unable to compel the companies to release their matured funds to them.

There are particular demands on SEC by clients of Gold Coast Fund Management Limited and Beige Capital Asset Management Limited with some accusing SEC that the regulator does not give prompt attention to complaints nor give feedback.

The Commission is the apex regulatory body of the Securities Industry in Ghana.

Abena (not her real name), a client of Beige Capital Asset Management Ltd, claimed that since December 2018 when SEC conducted a hearing on her case, she has not received any communication from the regulator in spite of several follow-ups.

Therefore, “I still go to Beige, giving them pressure and it’s like when I go they cannot be bothered because they don’t care.”

Currently, Abena is one of a group of Beige customers who has taken a class action in court in pursuit of their funds.

Corruption Watch has seen a letter from the company informing Yaba in November 2018 that it had discontinued its retail guaranteed short-term “Structure Finance (SF)” product effective October 22 2018 based on new rules by SEC.

Meanwhile, Yaba contested through a reply that all her three investments were to mature in November 2018 and was therefore rejecting the company’s decision to re-structure her portfolio and repay her investments “within” three years.

Corruption Watch has further sighted the said SEC directive, which was issued after SEC had met with the CEOs, CIOs and Board Chairs of asset management companies on 5th June, 2018 at the La Palm Royal Beach Hotel.

The said directive, dated 18th June, 2018, said in part that all fund managers were to “discontinue offering fixed term investments/guaranteed returns” and unwind “any current positions within a 6-month window (July 1st to December 31st).”

The SEC added, “Fund managers should unwind such existing investments on maturity. Maturities beyond the 6-month window will be considered on a case by case basis.”

Yaba and many customers feel that SEC has not followed these words with action by taking punitive action against companies, which have supposedly failed to observe these directives to the letter.

The customers opine that the lack of action by the Regulator seems to have emboldened the companies to keep frustrating their clients.

The Unpaid Gold Coast Customers Group of Kumasi, which collectively holds investment of five million Ghana cedis, says it has been waiting for more than two months since filing a complaint at SEC.

Fielding Corruption Watch’s questions on behalf of SEC, Mrs Mawuse Agyemfra was categorical that “The Directive was effective from January 1st 2019.  A copy of the Directive is on our website.”

She added: “So, we expected that that [commencement on January 1st 2019] is what would be done.”

When Corruption Watch informed her some companies had terminated contracts in the course of investments, she responded that individuals who have been affected would have to direct their complaints to SEC, supporting their case with relevant evidence.

“However, contracts are entered into by parties so before any change is made, any amendment is made both parties have to come to…agreement to amend the existing contract,” the Deputy Director-General Legal indicated.

Furthermore, she pointed out “…we expected this discussion to go on between the investors and our market operators before implementing these decisions.”

SEC set out a road map for fund managers at the meeting of 5th June 2018 in a document titled “Emerging Issues & Key Reforms in the Fund Management Industry.”

Corruption Watch, in keeping with the principles of accuracy, balance and fairness in carrying out our work, wrote to the ‘General Manager’ of Gold Coast Fund Management Limited to draw their attention to their right to respond to the allegations levelled against them by clients. This was after unsuccessful attempts to reach receive feedback from them via telephone calls and text messages.

It turns out that the company has moved from the address (C625/3 Fourth Crescent Road, Asylum Down. Accra) which the company advertises on its website and is now located at No. 40 Sir Arku Korsah Road, Airport Residential Area, which we obtained through SEC’s data on the company.

Even though they received our letter a few minutes after the proposed time for the interview, they initially indicated a willingness to engage when we received a call from Mr. Frank Owusu – Ofori from the corporate communications outfit of Groupe Nduom. Corruption Watch rejected a suggestion by Mr. Owusu-Ofori to meet with Corruption Watch for an off-the-record briefing because we needed to ensure our interview would be on-the- record in keeping with professional and ethical reporting.

In the next communication from them, Ms. Barbara Brown, Legal Counsel for Group Nduom, responded for Gold Coast Fund Management Limited.

Among other things, she wrote that “Where is the fairness in sending us a letter at a time when the timeline proposed by your goodselves had elapsed? Wherein lies the balance and accuracy when we have not been provided with a copy of the audio and or video of customers making those allegations? Where is the justice when you have already made arrangements/“threatened” to have your documentary aired tomorrow morning?”

She demanded that “To be able to grant the interview on a day and time convenient for us, we need to know what the customers are reported to have said. We do not want your interpretation of what you believe was said. We want the actual complaint – be it written, recorded audio or video.”

The concluding paragraph of the letter said: “TAKE NOTE AND NOTICE is hereby given that without a fair opportunity to respond, if you go ahead and air the documentary and we have reason to believe that the content has the ability to damage our Client’s hard-earned reputation which it tirelessly built over the last twenty five years, or indeed does cause damage to our Client’s reputation, we shall take all the legal avenues available to us and seek re-dress.”

Mrs Deborah Mawuse Agyemfra, Deputy Director-General Legal stated, “We acknowledge that there is a backlog of cases and this is due to the increased number of Complaints in recent years, the Commission is working assiduously to clear this back log.”

She provided a general outline of steps the SEC takes when it receives complaints.  These are acknowledge receipt of complaint; forward copy of complaint to market operator for a response; arrange for a hearing of the parties to the complaint; investigate and  and communicate findings to  the SEC hierarchy for approval; and decision issued to complaint.

“In addition to these processes, the SEC in its bid to protect the customer and promote the growth and development of the capital Market, informs the public on specific issues, an example is the Directive in April 2019 addressing the challenges of Gold Coast Fund Management and the steps the Commission taking to resolve them,” she added.

When Corruption Watch asked for timelines within which SEC takes the steps indicated above, Mrs Mawuse Agyemfra said “…we’ve been overwhelmed with cases in recent years. I mean, in the last twelve months… the complaints list has increased considerably. So, we do acknowledge that we’ve not been within the timelines that we set. But, we are working very hard to make sure that we get back within the timelines that we set.

“Another thing I want to add is that some of the processes are not within our control. So, if we forward a copy of the complaint to a market operator for their response, we give them a timeline to respond, and there is a delay, we have to do follow-up to get that response. And, then when we want to arrange a meeting between parties, if the other party is not available, we keep trying to see if the two parties can be together so that we give them an opportunity for a fair hearing. Sometimes, that also take some time,” she added.