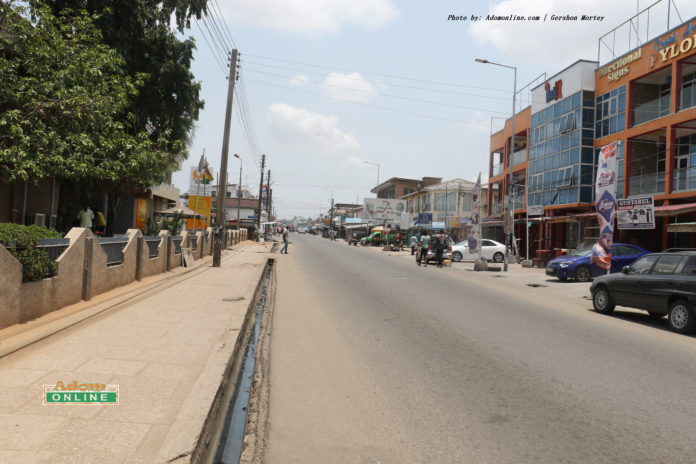 Countries across the globe are taking unprecedented measures to prevent the coronavirus spreading, ranging from the extreme to the relaxed to the creative.

We’ve taken a look at some of the more unusual steps countries have taken to combat Covid-19.

The Central American country, which has had close to 1,000 confirmed cases, has announced strict quarantine measures separating people by gender in an effort to stop the spread of the coronavirus.

From Wednesday, men and women will be able to leave their homes for only two hours at a time, and on different days.

No-one will be allowed to go out on Sundays.

“This absolute quarantine is for nothing more than to save your life,” security minister Juan Pino said at a press conference.

In some Colombian towns, people are allowed outside based on the last number of their national ID number.

Nearby Bolivia is proposing a similar approach.

At one point, Serbia’s government introduced a “dog-walking hour” from 20:00 to 21:00 for those in lockdown. But that has now been scrapped, to howls of protest from dog-owners.

One vet said that skipping the evening walk could worsen the condition for the dogs with urinary problems and “aggravate basic hygienic conditions in people’s homes”.

Belarusian President Alexander Lukashenko has been raising plenty of eyebrows with his attitude towards the coronavirus outbreak.

He laughed off the suggestion that his country should try to stem the spread of the coronavirus, because he couldn’t see the virus “flying around”.

Speaking to a TV reporter at an indoor ice hockey match, he also claimed that crowds at the match were fine because the coldness of the stadium would prevent the virus from spreading.

There is no evidence that this could be the case and the coronavirus cannot be seen with the naked eye.

Unlike most of Europe, Belarus has not placed any restrictions on sports events.

“There are no viruses here,” Mr Lukashenko said. “You haven’t seen them flying around, have you? I don’t see them either! This is a fridge. Sport, particularly the ice, this fridge here, that’s the best antiviral cure!”

He has also cited drinking vodka and regular trips to the sauna as ways to ward off the virus – which is completely at odds with professional advice.

Unlike its neighbours, Sweden has taken a relaxed attitude when it comes to lockdown measures, despite close to 4,500 confirmed cases there. The government hopes people will behave sensibly, and trusts them to do the right thing.

Gatherings of more than 50 people were banned on Sunday but schools for children under the age of 16 remain open.

Pubs and restaurants can still offer table service and many people are still socialising as normal.

The strategy is dividing opinion both at home and abroad, but only time will tell whether the Swedes’ laid-back approach will backfire.

Advice offered in Malaysia has proven to be no less controversial.

The government was forced to apologise after its women’s ministry posted cartoons online telling wives to dress up, wear makeup and avoid nagging their husbands during the country’s partial lockdown.

Social media users were quick to criticise the posters, which were later taken down.

Turkmenistan, meanwhile, has reportedly gone for a completely different approach to the dealing with the pandemic… and banned the word “coronavirus”.

According to the independent news website, the Turkmenistan Chronicle – which is banned in the Central Asian nation – the government has removed the word from its health information brochures. Journalists working for Radio Azatlyk have said that people talking about the virus or wearing masks in public could face arrest.

The authorities say no cases of coronavirus have been recorded in Turkmenistan, which borders one of the world’s hardest-hit nations, Iran.

While the World Health Organization says that healthy people do not need to wear face masks unless caring for someone who is ill, Austria has made it obligatory to use them in supermarkets.

The new rules were introduced by Chancellor Sebastian Kurz and come into effect on Wednesday, with millions of masks provided.

Although masks are a common sight in many parts of Asia, Austria is only the fourth European country to enforce the use of masks in public – following in the footsteps of the Czech Republic, Slovakia and Bosnia and Herzegovina.