New Zealand’s health minister has called himself an “idiot” after breaking the country’s lockdown by driving his family to the beach.

David Clark admitted the 12-mile (20km) drive was “a clear breach of the lockdown principles”.

He offered his resignation to Prime Minister Jacinda Ardern, but kept his job because of the ongoing crisis.

But he has been been demoted in cabinet rankings and also lost a secondary position of associate finance minister.

On Sunday, Scotland’s chief medical officer resigned for making two trips to her second home during the lockdown.

What did David Clark do?

But on the first weekend, Mr Clark drove his family from their home in Dunedin to Doctor’s Point beach.

Mr Clark admitted the trip to Ms Ardern after being criticised for another breach of the rules.

Last week, he drove a shorter distance to a mountain bike trail – and his van, featuring a picture of himself on the side, was photographed at the trail.

“People can go outside to get fresh air and drive short distances if needed, but we have asked people to avoid activities where there is a higher risk of injury,” said Ms Ardern last week in response to the trail ride.

“The minister should have followed that guidance.”

What was the reaction to the beach trip?

Mr Clark said he had offered to resign.

“As the health minister it’s my responsibility to not only follow the rules but set an example to other New Zealanders,” he said.

“At a time when we are asking New Zealanders to make historic sacrifices I’ve let the team down. I’ve been an idiot, and I understand why people will be angry with me.”

“We cannot afford massive disruption in the health sector or to our response,” she said.

“For that reason, and that reason alone, Dr Clark will maintain his role. But he does need to pay a price. He broke the rules.

“While he maintains his health portfolio, I am stripping him of his role as associate finance minister and demoting him to the bottom of our cabinet rankings.

“I expect better, and so does New Zealand.”

What is the situation in New Zealand?

The level four guidance says people should be quarantined or isolated at home except for “essential personal movement”.

Outdoor exercise is allowed, but not that which “exposes participants to danger”.

New Zealand has had over 1,100 confirmed cases, but only one death – a 70-year-old woman who died late last month. 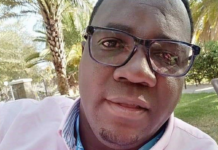 Covid in Namibia: ‘Fifteen of my relatives have died’