Donald Trump has tested negative for COVID-19 and he is not infectious to others, the White House physician has said.

“I can share with you that he tested negative, on consecutive days, using the Abbot BinaxNOW antigen card,” Sean Conley said in a White House memo released on Monday.

The doctor said the negative determination had taken into account a number of measurements, and not just the rapid test alone.

The announcement came as Trump travelled to Sanford, Florida to take part in his first campaign rally since becoming infected with the coronavirus.

Conley added that the negative tests and other clinical and laboratory data “indicate a lack of detectable viral replication.”

He did not say when Trump was tested, but the medical team had determined that, based on the data and guidelines from the US Centers for Disease Control and Prevention, “the president is not infectious to others,” Conley said.

Trump announced on October 2 that he had tested positive for the disease caused by the coronavirus. He was admitted to Walter Reed military hospital that night and released on October 5.

During the weekend, Trump addressed groups of supporters who crowded onto the White House lawn from a balcony.

Critics have faulted Trump for failing to encourage supporters at campaign events, and even White House staff, to wear protective masks and abide by social-distancing guidelines.

Trump has returned to the campaign trail, beginning a planned tour of key battleground states in the US election. His first stop was Sanford, Florida, where he was due to hold a rally on Monday. He has scheduled events in Pennsylvania, Iowa, North Carolina and Wisconsin.

The robust schedule underscores the work Trump needs to do as he tries to win over voters just three weeks before Election Day. And it comes amid still-unanswered questions about the affect of so much travel so soon after contracting the virus on the 74-year-old’s health.

Trump, eager to return to campaigning, says he is now “immune” to the virus – a claim that is impossible to prove given limitations in what scientists know about the coronavirus.

He is seeking to change the dynamics of a race that national opinion polls and some state polls show he is losing to Democratic challenger Joe Biden, who is 77.

Biden pulled further ahead in Wisconsin and Pennsylvania, building momentum in two states that Trump carried in the 2016 presidential election, Reuters/Ipsos opinion polls showed on Monday.

Taking advantage of his momentum and growing advantage in the polls, Biden on Monday campaigned in Ohio, where he was once considered a long shot, as he tries to expand his reach into Republican-leaning states.

Speaking to unionised auto workers in Toledo, Biden said he and former President Barack Obama played a key role in keeping the US auto industry afloat during the financial crisis and recession more than a decade ago.

“Barack and I bet on you and the American worker and it paid off,” said Biden, who is hoping to undermine what polls show is Trump’s greatest strength, the view among some voters that the former real estate entrepreneur is better at handling the economy.

Biden also appeared at a get-out-the-vote event in Cincinnati. It was Biden’s second campaign trip in as many weeks to Ohio, which was once thought out of reach but where polls now show a competitive race.

Trump won the state by 8 percentage points four years ago and almost certainly must carry it again to win re-election. No Republican has won the White House without carrying Ohio.

Separately on Monday, Dr. Anthony Fauci, the nation’s top infectious-disease expert, told CNN that those who recover from COVID-19 are likely to be immune for a limited period of time, but there are cases emerging of people getting reinfected weeks or months later.

Fauci, speaking as Trump prepared to depart the White House for Florida, questioned the wisdom of holding such an event. He noted that test positivity rates are climbing in parts of the Sun Belt.

“We know that that is asking for trouble when you do that,” Fauci said. 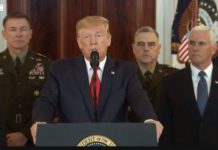 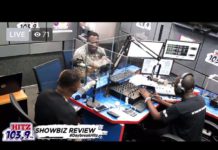 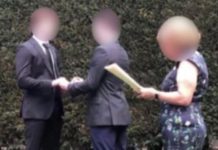