The Chamber of Petroleum Consumers (COPEC) has announced the setting up of a memorial Trust Fund to ensure the welfare of the daughter of late Asempa FM presenter, Kwadwo Asare Baffuor Acheampong popularly known as KABA.
The fund with ¢10,000 as seed money will cater for the seven months old girl’s education when she comes of age.
Executive Secretary of the Chamber, Duncan Amoah announced this on Adom FM’s Dwaso Nsem programme Tuesday.
KABA who is host of popular local language political talk show, Ekosii Sen, on Asempa FM died Saturday morning at the Korle Bu Teaching after a short illness.
He had been at work all week with no sign of sickness until he complained Friday evening he was not feeling too well and had to go home early.
He went home never to return to work again. He was rushed to Korle Bu Teaching Hospital where he was pronounced dead.
KABA survived by his wife, Valentina Ofori Afriyie and a seven-month-old baby.
His death came as a shock to colleagues, friends and families some of whom have found it difficult to compose themselves.
Duncan Amoah who is also a very close friend said he is yet to come to terms with the fact that his friend is no more.
He recalled how KABA will always stand for the truth and ensure Ghanaians get value for money especially when petroleum prices are increased.
In his memory, Duncan Amoah said they support the educational needs of his only daughter. 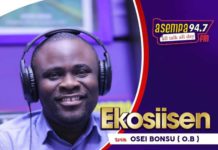 Fuel prices to go up again! 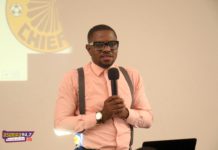 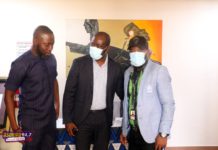 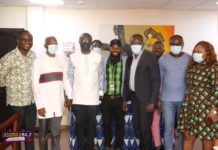