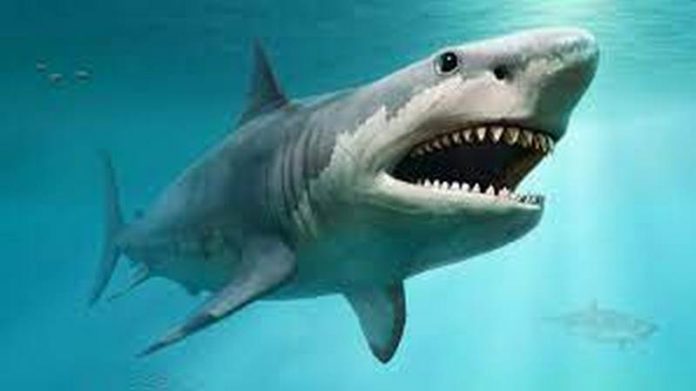 A giant white shark tries to ram a deep-sea divers’ cage in terrifying new images released by an under-water photographer.

Enthusiast Euan Rannachan captured the moment the hungry beast tried to smash through the metal.

He had been visiting the Guadalupe Island, off the coast of Mexico, when he got down to work.

The 15-foot shark slowly approaches the cage before swiftly launching at the underwater enclosure.

As it bares its teeth, the snapper captures the moment of attack – but thankfully there was no way in.

In another chilling photo, the creature emerged from the water with its mouth wide open.

The shark seems to be smirking as it comes to the surface.

In another of the pictures, taken from inside a divers’ cage, a great white stretches its mouth in an underwater yawn as it playfully eyes the photographer.

“The island is arguably one of the best locations in the world to see these animals,” said Euan.

“A combination of the size of sharks that end up there and the water clarity make it very hard to beat for shark lovers, like myself.”

Euan took the photos from right next to the sharks in some cases, protected inside the cage.

But talented photographer Euan wants people to not see sharks as the enemy of the seas.

He said: “There is literally no other feeling in the world like it, I call it the rewiring of your brain. You are doing something your entire life you have been told to not do and to be scared of, then you do it and you understand all that advice was coming from a place of fear and misunderstanding.

“These massive white sharks are curious animals but in no way show aggression towards us. I really wish everyone in the world could see them as we do.

“Because of this we started a company taking people out to the island to meet these amazing animals.”

Now living in California, US, Euan said the creatures have fascinated him since he first went cave diving in 2016.

He said last year: “I have been fascinated by apex predators all my life including sharks. I had always wanted to cage dive with them and after my first trip, I knew it was something I needed to do a lot more of.

“Now with the of my co-founder Nikki, we run multiple trips to the island each year to photograph some of the biggest Great White sharks in the world.”

When asked what goes through his mind as a shark approaches him, Euan said he doesn’t always see them coming.

Despite being inches from their jaws, he insists it’s not unnerving being in the cage and he often spends up to seven hours under the waves waiting for his favourite Great White Sharks.

He said: “Sometimes you don’t get the luxury of seeing the giant shark coming. These animals are so stealthy.

“The sharks are within inches of my cameras daily. Some of my gopros have even made it inside their mouths and come back out!”