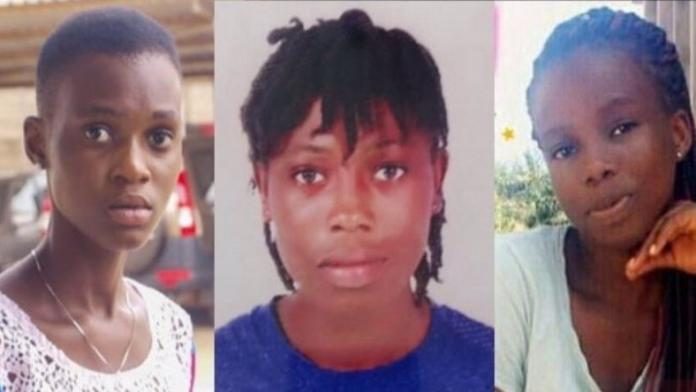 Non-Governmental Organisation, Child Rights International is the latest to mount pressure on the Ghana Police Service to find the three girls kidnapped in Takoradi in the Western region.

The group is lacing its boot to sue the Ghana Police Service for its lackadaisical attitude in handling the case.

The Police Criminal Investigations Department (CID) on April 2, 2019 announced it knows the whereabouts of the missing girls.

Director-General of the CID, COP Maame Yaa Tiwaa Addo-Danquah at a news conference in Accra said they knew where the girls were and would soon reunite them with their parents.

But, barely a month after the announcement, the girls are yet to be found and their frustrated parents are accusing the police of deceit.

ALSO READ: There’ll be more plastic than fish in the ocean by 2050 – US Embassy warns

In support, the Chief Executive Officer of Child Rights International, Mr Bright Appiah said the conduct of the police is worrying.

He said the lack of information after the CID’s earlier announcement has heightened their fears.

“We visited the families in Takoradi and the situation is bad. The police must act fast to redeem its image,” he said.

As an immediate measure, Mr Appiah said his organisation has arranged for the distraught families to meet the Inspector General of Police, David Asante Apeatu and the leadership of Parliament for a redress.

If they don’t get favourable feedback from them, Mr Appiah said they will seek legal redress for the court to compel the police to bring the girls.