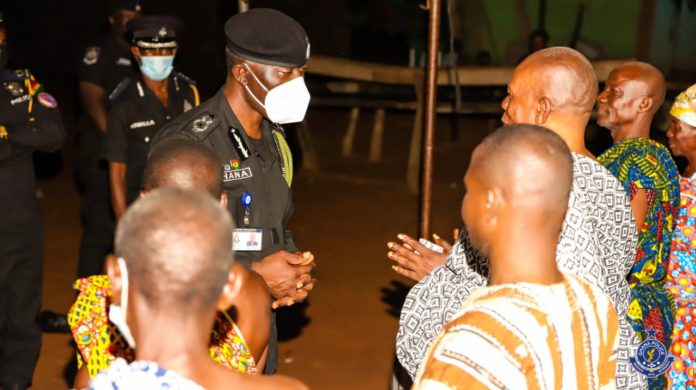 “We have been living here all our lives and no Inspector-General of Police (IGP) or top police management team has ever visited the communities in Abease or New Longoro or the surrounding villages over our security concerns.”

These were the words of chiefs and opinion leaders of Abease and New Longoro in the Bono East Region when the IGP and his team visited them.

This was after the Ag IGP, Dr George Akuffo Dampare, deployed more than 100 Anti-Robbery personnel to the Bono East Region.

The IGP and his team, together with the personnel on the ground went through the various combat operational modules to reduce crime.

The team visited almost all towns and villages in the region within the 60-hour operational time.

The community engagements, which commenced at dawn on Monday 23rd August 2021, spanned through the midnights of Monday and Tuesday and ended on the morning of Wednesday 25th August 2021.

These areas over the years have been plagued with serious crimes such as armed robbery (both highway and residential) and murder.

The Ag. IGP and his team also conferred with some chiefs, community members, and opinion leaders on the security situation in the area.

Other Senior Officers from the National Headquarters and the Regional Command were present. 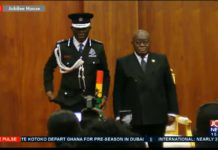