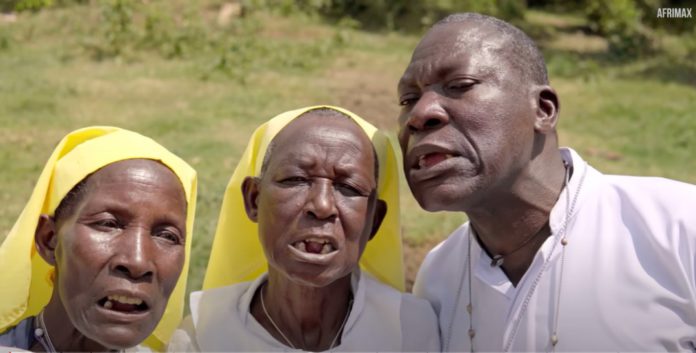 The wonders of Christianity is unending; multiple churches and doctrines sprout up each day, but this sect has got humanity in chokehold.

Founded some generations ago in 1961, the Legio Maria group of Christians believe in a toothless journey to Heaven.

The religion with most of its members being in East Africa requires believers to remove their lower six teeth to gain ticket to heaven.

This is a command, a non-negotiable requirement for all who believe in the new African religious movement.

Just as the ancient Jews were required to circumcize all males without question, Legio Maria recognizes their tradition as the truth.

Unlike Christians who are followers of Christ, the Legio Maria members identify ancient Melkio Simeo as their Messiah, a Mother Mary who is of African descent and they have their own gethsemane, where they believe the ten commandments fell from the sky.

The sect holds a belief that after Jesus Christ of Nazareth died, he reincarnated into Melkio Simeo, who ordered all his followers to pull out their six lower teeth so he would recognize them if they reach the kingdom of Heaven.

In an interview with Afrimax TV, some sect leaders told the newsmen that their Messiah lectured the gesture will make it easier for their Messiah to identify his servants from the billions of mankind.

Currently, the church has 3.5 to 4 million members from all countries across East Africa, all of whom are teethless in their bottom lip.

They worship in a scared alter which is only opened to the members on the first day of the seventh month.

The Legio Maria members rely on traditional and herbal medicines for treatment and are forbidden from eating varieties of foods including mushrooms, goat meat and dead animal meat.