The arrests reveal an attempt to evade almost one million Ghana Cedis in duties and taxes to the state.

Customs officials say three transit-trucks loaded with trade key pure vegetable cooking oil (25 litres per gallon) were diverted from the Aflao-Konokrom transit route to a warehouse on the Barekese-Kumasi road.

They were running from over a hundred thousand Ghana Cedis in duties and taxes alone with penalties yet to be calculated.

Regional Commander of Customs Excise and Preventive Unit of the Ghana Revenue Authority, ACP Kwesi Ahiakpor believes more could be done if the outfit was resourced especially at the various checkpoints.

“Most of them come wanting to bargain but this is not Asafo Market so I will slap a penalty on it and they will be forced to pay,” he said.

The Unit also seized about 77,000 Ghana Cedis worth of electronic and household goods and other merchandise.

Officials say these operatives paid a little above eight thousand instead of 69,000 Ghana Cedis in duties and other taxes.

Mr. Ahiakpor says huge penalties will be slapped on them to discourage the practice.

“Don’t blame clearing agents. Interacting with them, you can glean an amount of naivety but ignorant of the law is no excuse. Once you appoint him as an agent he becomes your outer ego. By virtue of vicarious liability, he is working for you so if he errs I hold you. We are not relenting”.

He said there are measures to seal loopholes on the Kumasi transit routes as much as possible even in the face of strained resources.

Meanwhile, the Unit has also intercepted and seized seven uncustomed luxury vehicles with duty arrears of each eating into tens of thousands of Ghana cedis.

They include a Range Rover, two Lexus, three Mazda Demio, Acura, and a Benz.

He said there have been many similar arrests in the past, and has caused persons interested in buying cars in Kumasi to resort to the practice of cross-checking whether taxes and duties are paid before they buy them.

“The rate of compliance of enquiring and cross-checking before buying a vehicle in Kumasi has increased tremendously; they force owners to pay duties before they buy them,” he said. 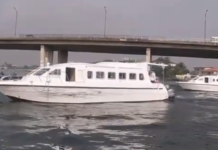