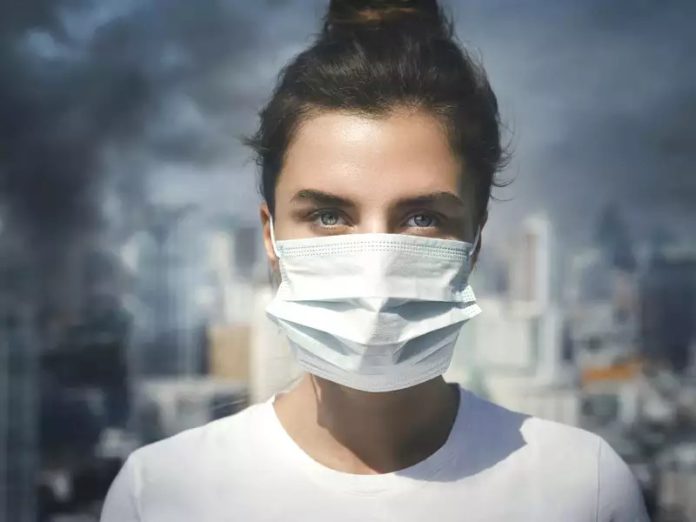 Americans who are fully vaccinated can go without masks or physical distancing in most cases, even when they are indoors or in large groups, federal officials said Thursday, paving the way for a full reopening of society.

The change represents a huge shift symbolically and practically for pandemic-weary Americans, millions of whom have lived with the restrictions for more than a year. A growing number have complained they cannot do more even after being fully vaccinated and criticized the Centers for Disease Control and Prevention of being overly cautious. More than 117 million Americans are now fully vaccinated, about 35 percent of the population.

“We have all longed for this moment when we can get back to some sense of normalcy,” CDC Director Rochelle Walensky said at a briefing. “Based on the continuing downward trajectory of cases, the scientific data on the performance of our vaccines and our understanding of how the virus spreads, that moment has come for those who are fully vaccinated.”

Walensky cited a growing body of real-world evidence demonstrating the efficacy of the coronavirus vaccines and noted the shots offer protection even against more contagious variants circulating in the United States. She also noted the rarity of breakthrough infections in people who are fully vaccinated.

But she left open the possibility the guidelines could change again should the pandemic worsen. “This past year has shown us that this virus can be unpredictable,” Walensky said.

The relaxation of restrictions does not apply to airplanes, buses, trains and other public transportation, or to health-care settings, or other settings where state or local restrictions require them, Walensky said. Officials also noted that some occupational settings may also still require masks, especially since some workers may remain unvaccinated.

Walensky urged those who are immune-compromised to speak with their doctors before giving up their masks, and said that those who are not vaccinated remain at risk for mild or severe illness and death and should still mask.

The guidance means that millions of fully vaccinated Americans can begin returning to pre-pandemic activities, including in-person school and work, which many have eschewed since last March. The country is seeing the lowest number of new daily cases it has had in eight months, and deaths have decreased from a high of about 3,000 per day on average in January, to about 600 per day, as many of the most vulnerable, including the elderly, have been inoculated.

“This is a day that I think will be marked as a true turning point in the pandemic in the United States,” said Richard Besser, former acting director of the CDC and president and chief executive of the Robert Wood Johnson Foundation. “The idea that people who are fully vaccinated can take off their masks, can go outside, can go inside, be around people and not have to worry about covid anymore, that’s absolutely huge.”

A representative of one leading business group, however, said the updated guidance underscored the uncertainty faced by businesses trying to make decisions about reasonable precautions they should take in the absence of a uniform standard.

Throughout the pandemic, commercial establishments have faced an evolving set of federal, state and local guidelines — sometimes at odds with one another, said Harold Kim, president of the U.S. Chamber of Commerce Institute for Legal Reform. “We never had a playbook,” he said.

The CDC guidance is likely to be echoed by state and local governments, who typically follow the lead of federal health officials, said Michael Fraser, chief executive of the Association of State and Territorial Health Officials, which represents public health agencies.

Fraser called the CDC policy “a sensible approach, knowing what we know today, which is different from what we knew two months ago or six months ago.”

The updated guidance is expected to help spur progress to President Biden’s goal of having 70 percent of American adults receive at least one shot by July 4. Federal, state and local officials have worked to incentivize Americans to get inoculated by sending out mobile clinics to rural and other hard-to-reach areas, administering vaccinations at sports games and offering incentives such as free tickets, beer and doughnuts for those who get a shot.

Ohio’s Republican governor, Mike DeWine, said Wednesday that five residents who get vaccinated could win $1 million in a state vaccination lottery; he announced a separate drawing for teenagers who would be eligible for a full four-year scholarship to state universities if they got inoculated.

The Biden administration is also working to provide vaccine education to boost the number of vaccinated Americans.

“There’s still work to be done to help people who are questioning, or [who] don’t trust the vaccines to address that. And I’m hoping some of this attention to the ability to do more will motivate some,” said Julie Morita, executive vice president of the Robert Wood Johnson Foundation and member of Biden’s transition covid-19 task force.

. Some experts and lawmakers have criticized the CDC for moving too slowly to relax restrictions for the fully vaccinated. Walensky faced criticism from Republican lawmakers at a Senate hearing on Tuesday for what they described as the agency’s confusing messaging. Several argued that Americans might not understand the benefits of vaccination because the agency had not loosened restrictions sufficiently.

Some critics expressed relief at the updated guidance.

“This is an important recognition that the level of covid risk for most people has fallen substantially,” said Scott Gottlieb, an FDA commissioner under former president Donald Trump. “Covid is now a preventable disease, and we should embrace the success we’ve achieved. … We’re well served by CDC’s move today to relax their guidance and give a green light to those who felt bound by their mandates.”

“Young people say, ‘Why should I get vaccinated? I’m not going to die of this.’ What they want to hear is, ‘You can take your mask off,'” said Carlos del Rio, professor of medicine at Emory University in Atlanta. He added that it doesn’t help to promote vaccinations if officials tell people to “get vaccinated, but do the same thing.”

Other experts, however, say the agency was wise to move cautiously with a new and unpredictable virus, arguing that updated guidance was appropriate only after clear evidence demonstrated the vaccines were as effective in the real world as they had been in clinical trials.

“I think that it is unfair to criticize the CDC for waiting to get good information to make its decisions,” Fraser said. “To expect the CDC to be nimble and make decisions before the data it needs would be a big mistake.”

Jason L. Schwartz, an assistant professor of health policy and management at the Yale School of Public Health, acknowledged mixed messages from the CDC but said that reflected “earlier stages of the pandemic and earlier stages of our knowledge about how the virus transmitted.”