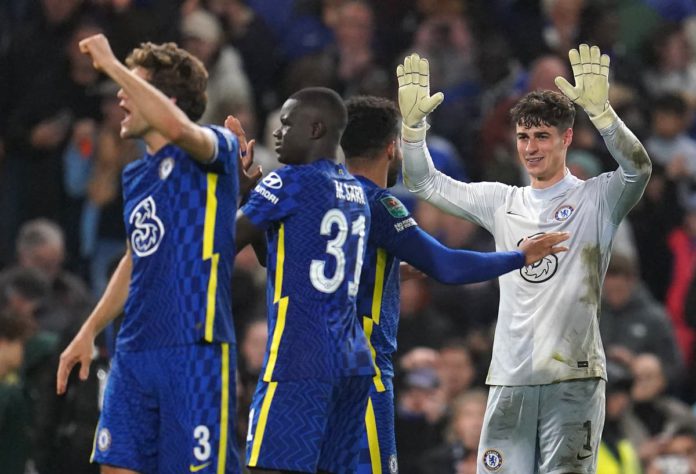 Chelsea beat Southampton on penalties after a 1-1 draw at Stamford Bridge in the Carabao Cup on Tuesday night.

The home side was able to secure a 4-3 penalty shootout after an evenly balanced game over 90 minutes.

With neither side able to gain a lead after the allotted time the match went to penalties and Thomas Tuchel’s men prevailed.

Kai Havertz scored for Chelsea just before half-time, and they went into the tunnel ahead.

However, Che Adams scored quickly after the match restarted, pouncing on the rebound after former Tottenham defender Kyler Walker-Peters had a shot blocked.

There was plenty of attack play on show from both sides but neither could find a winner.

Southampton saw Theo Walcott miss, as did England international Mason Mount before Will Smallbone shot over for the Saints, and Reece James secured the win from the spot.

Elsewhere, Sunderland won away at QPR on penalties after they played out a goalless draw at Loftus Road.