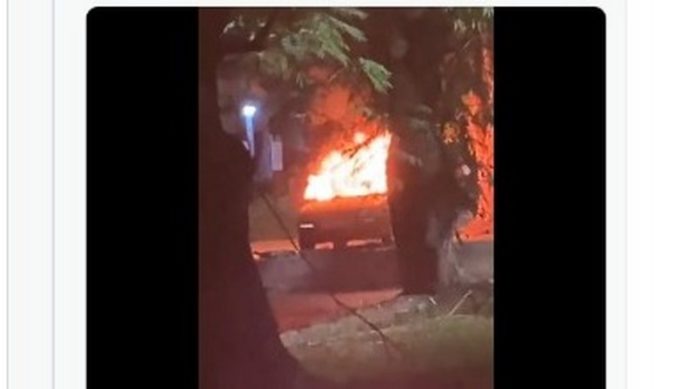 A vehicle at the Mensah Sarbah Hall car park was set ablaze as a result of a clash between Vandals and Vikings last night.

Residents of Commonwealth Hall of the University are otherwise known as Vandals and Sarbah Hall residents are also called Vikings.

A post on Univers TV’s Twitter page indicates that the reason for the clash is, however, not yet known.

UG: A vehicle at the Mensah Sarbah Hall car park has been set ablaze as a result of the clash between the Vandals and Vikings this evening.