The Finance Minister, Ken Ofori-Atta, has confirmed that government has approved a 30% salary reduction for all Cabinet Ministers and heads of State-Owned Enterprises (SOEs), effective April, 2022 till the year ends.

According to Mr Ofori-Atta, revenue generated from these contributions would be deposited into the Consolidated Fund.

In a televised national address on Thursday, March 24, he explained that this decision forms part of expenditure cutting measures that will ensure the achievement of the fiscal deficit target of 7.4 per cent of GDP for 2022.

“Cabinet approved that Ministers and the Heads of SOEs contribute 30 per cent of their salaries from April to December, 2022 to the Consolidated Fund. We would like to thank the Council of State for their leadership in complementing the government’s effort on this policy.

“These times call for very efficient use of energy resources. In line with this, there will be a 50% cut in fuel coupon allocations for all political appointees and heads of government institutions, including SOEs, effective February 1, 2022.

“Again with immediate effect, government has imposed a moratorium on all foreign travels except pre-approved critical statutory travels. Reduce expenditure on all meetings and conferences by 50%, effective immediately,” he announced.

In a related development, members of the Council of State have resolved to reduce their monthly allowances by 20% until the end of the year due to the country’s economic challenges.

According to the Chairman of the Council, Nana Otuo Serebour II, the move is to help them identify with Ghanaians amid the difficulties people are facing.

“Mr President, in tandem with your decision, we as the Council of State have also decided that we will reduce our monthly allowances by 20% until the end of this year. This move is our way of contributing our widow’s mite to our total efforts towards economic recovery,” he said. 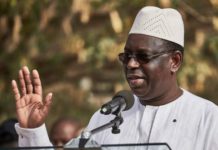 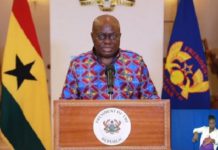