The Women’s Organizer for the National Democratic Congress (NDC), Hannah Bissiw has disclosed she chanced on GHC2, 000 during the final rally of the New Patriotic Party (NPP) ahead of the Ayawso West Wuogon by-elections.

The governing NPP held a mammoth rally which was graced by His Excellency Nana Akufo-Addo Wednesday to wrap up its campaign in the Ayawaso West Wuogon Constituency ahead of the Constituency bye-election scheduled for Thursday, January 31, 2019.

It is alleged that, monies were shared to the people to vote for the NPP in the by-elections.

Speaking on Asempa FM’s Ekosii Sen Show on Wednesday, Dr Bissiw claimed she was part of the beneficiaries.

“I had GHC2,000 from the rally after I sent my people to go for the rally. I used that money to buy fuel for my car and even have a lot more left” she stated.

The NDC Womens Organizer could not fathom how a political party which hitherto could not afford rent is now engaging in profligate expenditure.

Just like Oliver Twist, Hannah Bissew is hoping many of such rallies are held by the NPP to enable her get money to fuel her car.

However, President Nana Addo Dankwa Akufo-Addo during the rally which was held at the La Bawaleshie Presbyterian Basic School Park called on the people of the Awayaso West Wuogon constituency to vote massive for the NPP Parliamentary candidate, Madam Lydia Seyram Alhassan, in the by- election. 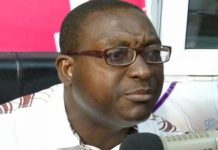