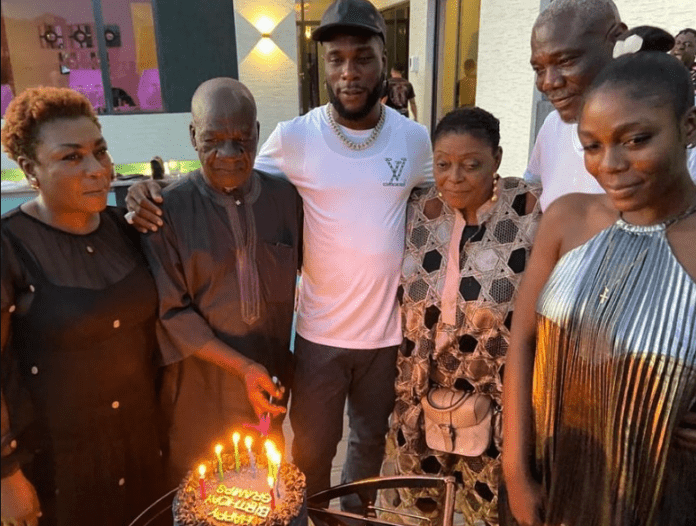 The veteran broadcaster, journalist and music critic marked his 84th birthday on June 13, 2020.

To make the event a memorable one, the celebrant’s daughter, Bose Ogulu, who also happens to be Burna Boy’s mother and manager, took to her Instagram page to pen down sweet words for her father.

The proud daughter shared a throwback photo of her father alongside more recent ones taken on his birthday.

Present at the celebration was Burna Boy, his father Samuel Ogulu, his sister, and other well-wishers.