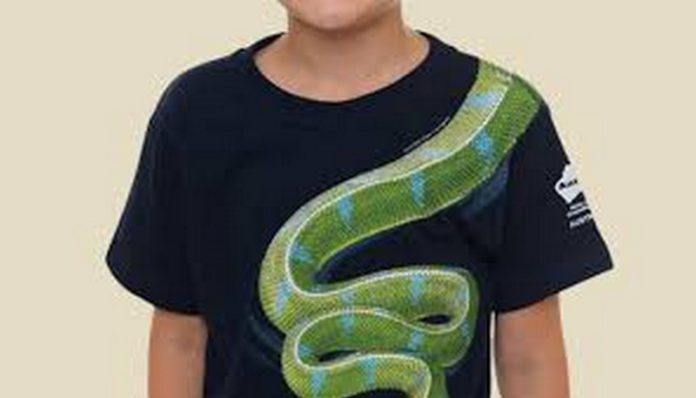 A boy was forced to change his T-shirt with a picture of a snake on it before boarding a plane, his family claims.

The 10-year-old Stevie Lucas had flown from Wellington, New Zealand, to Johannesburg in South Africa to visit his grandparents when the incident occurred.

At OR Tambo airport in Johannesburg, he was told that his black T-shirt, which had a large green snake printed on it, was not permissible clothing to be worn onboard on a flight.

Stevie’s parents Steve and Marga told the Daily Mail that security officers at Johannesburg airport alerted them to the rules about snake toys and clothing.

It’s believed that the snake T-shirt could cause anxiety to other passengers.

Ms Lucas reportedly told her son to turn the T-shirt inside out in order to be able to fly home.

Airport security footage shows the 10-year-old taking off his T-shirt and turning it inside out, reports the paper.

The Independent has contacted the Airports Company of South Africa for comment.

A Boy, 10, is forced to take his shirt off before boarding a flight from #NewZealand to #SouthAfrica because it had a picture of a reptile on it ✈️😬 pic.twitter.com/T0O6DqfBDo

However in June, a man accidentally carried a snake onboard a flight from Florida to Hawaii.

The 20-year-old passenger only discovered the reptile had stowed away in his bag when it slithered out of his rucksack once he’d arrived at a holiday rental property in Pukalani, Maui.

About 30cm long and 63mm in diameter, the black racer snake was non-venomous, according to the US Department of Agriculture.