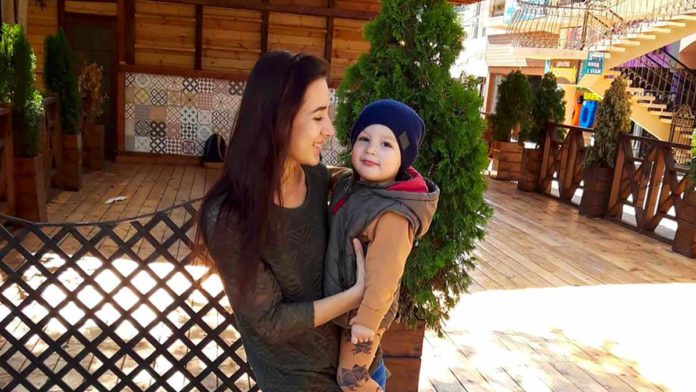 A four-year-old boy suffered horrifying burns in an explosion his father is accused of deliberately causing as he was angry his wife had left him.

Little Emin Devletov was caught in the middle of a bitter divorce battle after his mother, 26-year-old Edie Devletova, split from her husband Edem Devletov, 43.

Upon separating from Edem, Edie told police he had made threats to kill or hurt their son and claimed she also suffered repeated abuse.

According to local reports, Edem then abducted the boy and took him to a remote woodland area in Crimea where the blast occurred.

This prompted Edie to go public over the case, claiming police had failed to take threats to her and the children seriously.

“My ex-husband forcibly took my child away from me, and then blackmailed, and intimidated me with violence,” she said.

“He did everything as he said – he blew up a gas cylinder after taking the child into the forest.”

The father has also been accused of waiting two days to drop the child with his relatives so he could receive hospital treatment.

Enim is now receiving treatment in Simferopol hospital where the father – under armed police guard – is also being treated for burns.

The little boy’s mother has now taken to social media to demand “justice”.

“This person with whom I lived for five years takes revenge on me because of the divorce and poses a huge threat to my children,” she wrote in a post online.

Enim was allegedly abducted by his father, who reportedly then took him to a remote woodland area in Crimea where the blast occurred ( Image: East2west News)

“Previously, in fear I endured violence for five years.

“Now this man does not leave me alone.”

Edie went on to state that she had made many statements to police about threats, blackmail, unsolicited intimate photos, beating and humiliation.

Claiming the police had not acted on these or previous threats, she said that in January her husband had threatened to jump off a cliff with her elder son.

“These are my children, and I will fight for them until my last breath, whatever the cost,” she said.

“I really hope that the law enforcement agencies will be able to bring it to an end.”

The Russian Investigative Committee confirmed Emin was in a medical facility with burns to his limbs and face. Around 13 per cent of his body had been impacted by burns from the explosion, which happened in his father’s car.

“His condition is more stable, there is no threat to life,” a statement from the Committee read.

The committee said it was investigating the mother’s allegations.

“A number of unlawful acts have been established against the boy’s mother by her husband,” the statement continued.

“The issue of initiating a criminal case is being resolved.”

A criminal case for attempted murder of a child, and “torture” of a woman, was opened against the boy’s father on Wednesday.

He remains in hospital under armed police guard.

Alena Popova, head of Ty Ne Odna (You are not alone), a group assisting victims of domestic violence, said law enforcement only took action after acts of violence occurred.

“Laws on the protection of victims of domestic violence have been adopted in 156 countries of the world, but not Russia,” she said.

“We demand the adoption of a law to protect victims of domestic violence.

“Up to this point, MPs, senators and officials are complicit in every murder and every mutilated fate as a result of domestic violence.”

KNUST students, another perish in explosion at Juaben Oil Mills 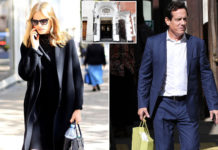