The decomposing body of a missing nine-year-old girl, Boipelo Sesele, was found stuffed in the wardrobe of a neighbour who helped search for her in Free State, South Africa.

The Grade 4 pupil was last seen while playing with her friends in the street not far from her home on September 1.

According to her six-year-old friend, who she was playing with at the time of her disappearance, little Sesele was lured by a man to “look for change at the shops”.

Her disappearance prompted a huge search mission which lasted for 12 days, with the help of community members and Police.

Police spokesman, Brigadier Sam Makhele, said some local children had raised an alarm after perceiving a bad smell coming from a neighbour, Rasta’s shack, three streets away from the missing girl’s home.

He said the kids had complained of the “bad smell from a shack not far from Biopelo’s home. They went to the shack and found it locked, forced entry and opened the wardrobe where the smell was coming from and found the body of Boipelo, then alerted the police.

“What is even more puzzling was that Rasta was part of the search party that worked tirelessly to find Boipelo after her disappearance. He went up and down with us as we searched for her. I remember how we went into that very yard but didn’t check in the house or shack because nothing was suspicious,” he added.

Neighbours attacked the owner of the shack when he arrived at the scene, and police officers who had attempted to step in were not spared.

The police ultimately managed to take him out of the volatile situation, but was later declared dead by the emergency medical service.

Meanwhile, the body of the decomposed nine-year-old girl has been buried. 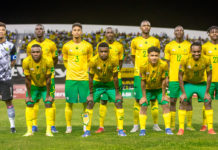