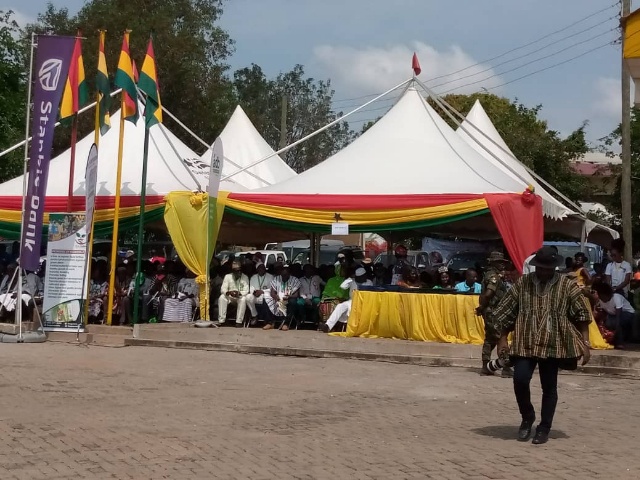 A 29-year-old blind farmer, Zakaria Gaafaru, has won the Persons with Disability (PwD) best farmer award at the 35th National Farmers’ Day celebration at Bole Charma in the Central Gonja District of the Savannah region.

He thanked the District Chief Executive and the Agric Director for the area and urged the youth and other persons living with disability to venture into farming as a source of livelihood and stop begging on the streets.

District Agric Director for Central Gonja, Mr Issah Lonsina, in his address to the farmers appealed to the government to help solve the problem of army worms faced by farmers in the area.

National Farmers’ Day is annual event organised by the government to recognise and celebrate efforts of farmers, fishermen and other agricultural workers to food production in the country.