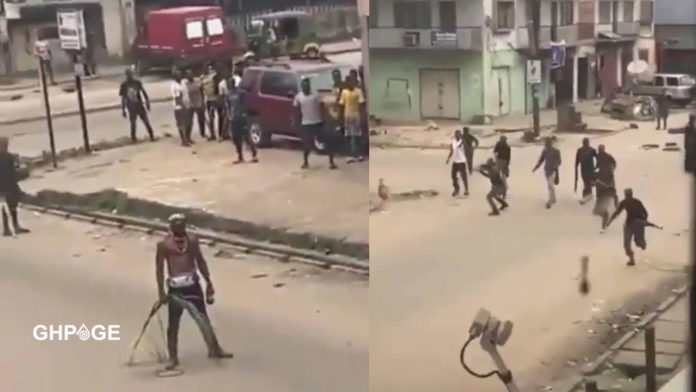 The protestors at the ongoing #EndSARS peace walk in Nigeria witnessed a rare moment when policemen, who stormed the protest grounds, failed to kill a young man after shooting at him.

It was not as if they were prevented from firing their 4K47 guns at the young man but instead, the bullets refused to penetrate his body.

The young man, who appeared fully fortified, stood right in the way of the police who threatened mayhem but he refused to be shaken by their threats.

“When the police finally fired their guns on the young man, it refused to enter the body of the young man due to juju”, according to eyewitnesses.

Already videos from the strange encounter are going viral on all the social media platforms.