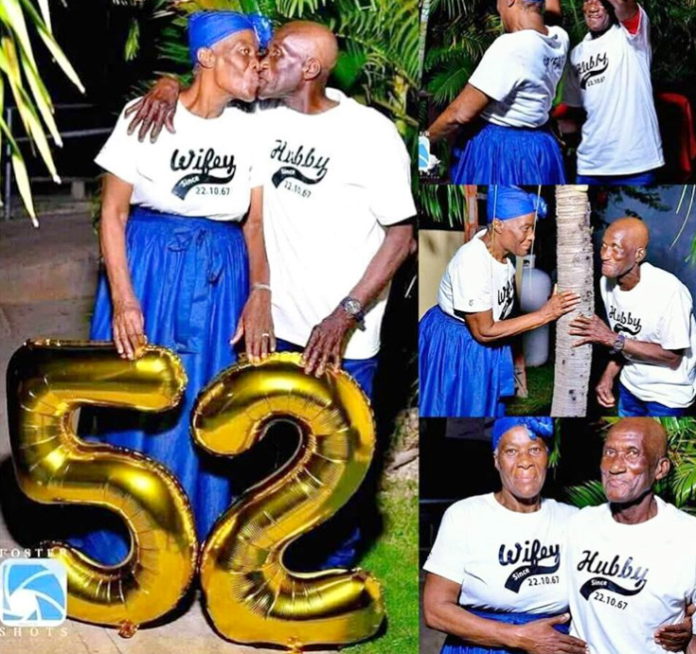 The age of the couple in question cannot be determined.

However, the fact that they’re marking their 52nd wedding anniversary in 2019 means they married way back in 1967.