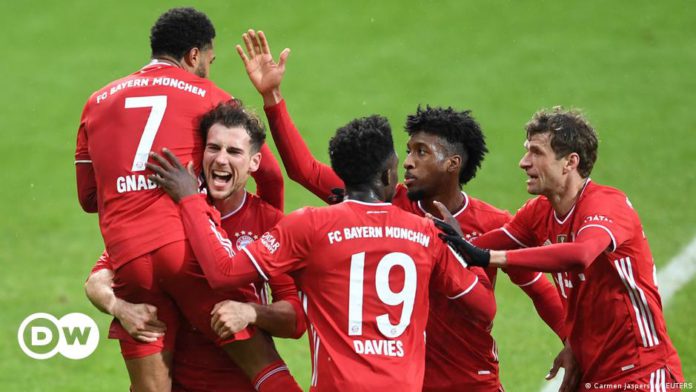 The title had been confirmed hours earlier after nearest challengers RB Leipzig lost to Borussia Dortmund.

Lewandowski’s third came from a penalty before Leroy Sane added a sixth.

Bayern finished with 10 men when 18-year-old substitute Tanguy Nianzou was shown a straight red card for a challenge.

Leipzig, who started the day seven points behind the leaders with three games remaining, lost 3-2 to Dortmund.

Lukas Klostermann and Dani Olmo made it 2-2 before Sancho’s winner confirmed Bayern as champions before their game with Monchengladbach.

Dortmund’s win lifted them to fourth spot to boost their hopes of qualifying for the Champions League.

In April, Bayern announced Leipzig boss Julian Nagelsmann would join them on a five-year contract at the end of this season after current boss Hansi Flick said he wanted to leave the club. 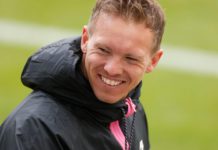 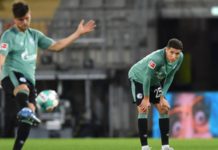 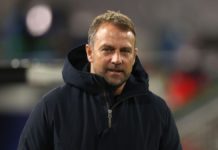 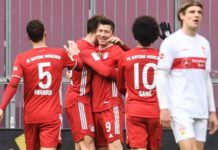 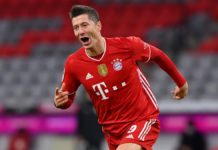 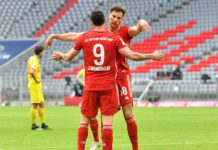